In a now deleted Instagram post, Braxton’s sister Tamar Braxton, congratulating Toni for the Don Cornelius Legend Award to be given to her by BET next month, referred to her as “Mrs Braxton-Williams” (Williams being Birdman’s surname.)

Although both party have refused to confirm their relationship as the only one comment from Braxton’s reps saying the pair were yet to get married. 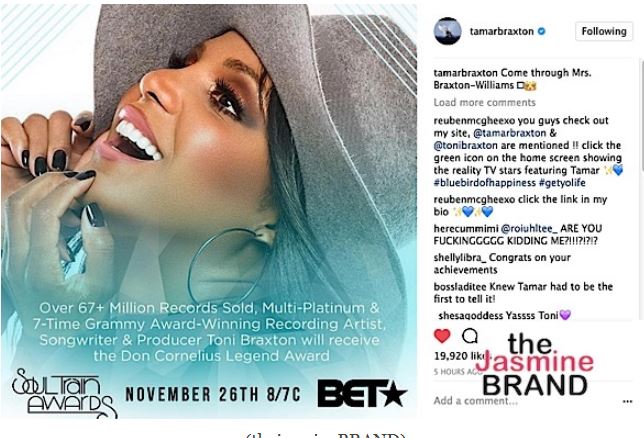