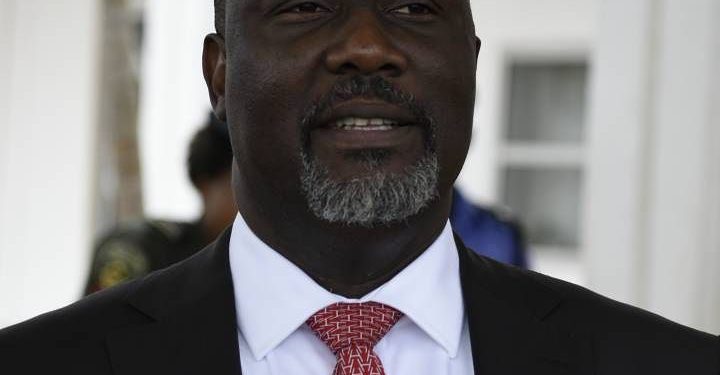 The senator representing the Kogi West district Dino Melaye has reacted to the news that the Attorney General of the Federation Abubakar Malami authorized the reinstatement of wanted former pension boss Abdulrasheed Maina.

Melaye spoke in the red chamber, contributing to a motion sponsored by IsahMisau, Daily Post reports.

He asked that President Muhammadu Buhari takes “strong decisions,” saying that the attorney general has abused his office. He said:

“It is pathetic. I want to ask this question to the executive; should we continue in sin and ask grace to abound? Time after time, the AGF and minister of justice has abused this office. We are not talking about Maina.

We should talk about the integrity of the AGF and minister of justice. If the law officer has his hands stained then the entire nation is one a stained.

Mr President is a good man and he means well but he is surrounded by cankerworms and caterpillars. We should have the audacity to take strong decisions.

Nigerians would understand why the office of AGF and minister of justice is separated. We must recommend to the president that the AGF has displayed gross incompetence for the office it is occupying.”