Nollywood actress Tonto Dikeh has threatened to take legal action against any media house who proceeds to post a video of her being violent against her ex-husband Olakunle Churchill without requesting for the full version.

The actress made this known in a press release signed by her lawyers from Festus Keyamo Chambers. Tonto said that her ex-husband is preparing to release a “short and edited video” which shows her engaging in domestic violence against him.

She said that whatever is seen in the video was a reaction and that Churchill was first violent to her the said day.

She posted a copy of the letter on her Instagram page.

See the letter below; 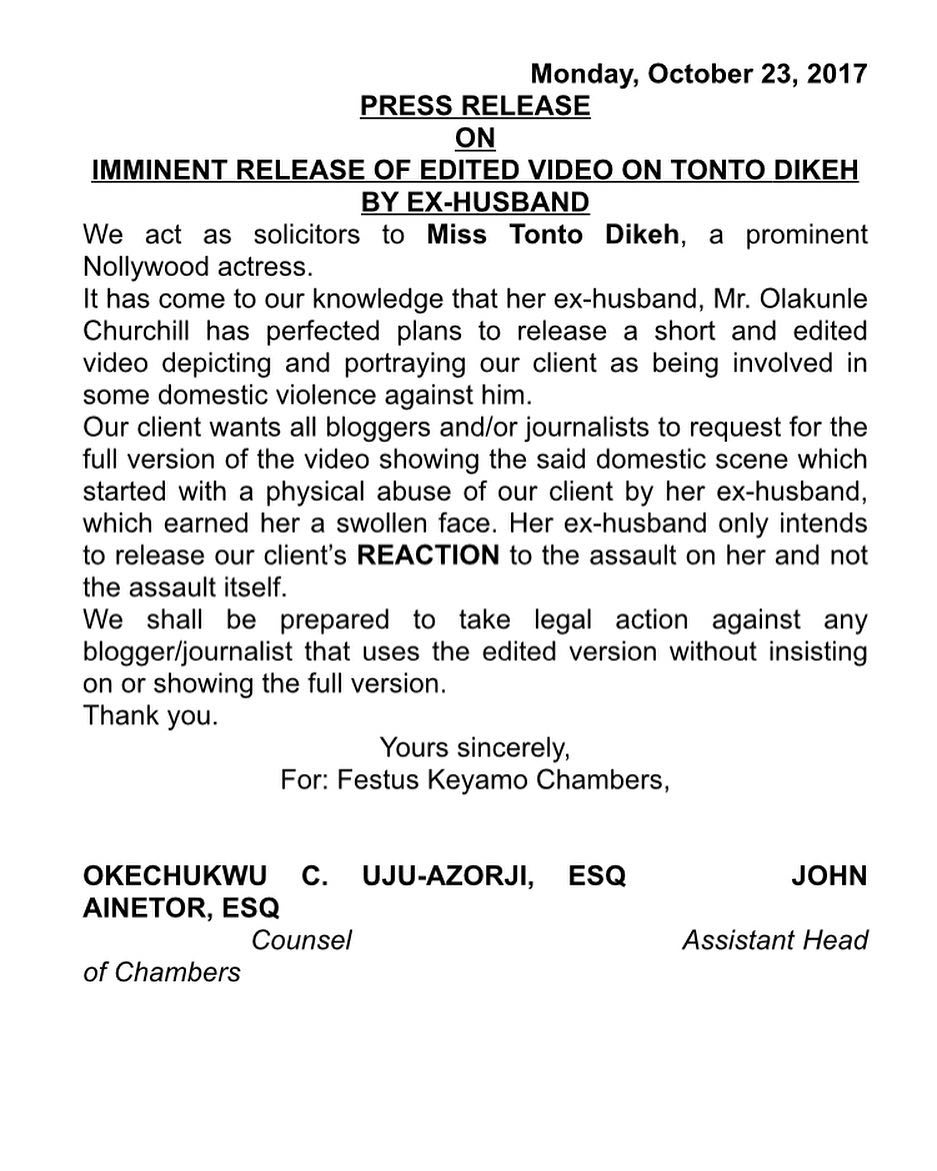