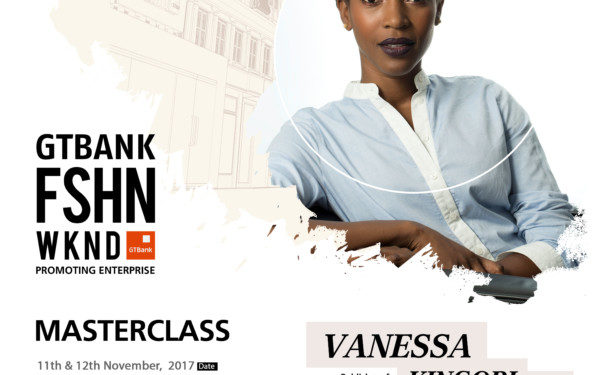 Vanessa Kingori MBE is an award-winning publisher and one of the leading personalities in the global publishing and fashion industry. A former fashion manager at Esquire Magazine, Vanessa recently became the first black publisher of British Vogue (her appointment takes effect in January 2018), the most commercially successful magazine in the United Kingdom.

In recognition of her stellar career, Vanessa was awarded an MBE in the Queen’s Birthday Honours List in 2016. She is also a member of the Mayor of London’s “Brexit Expert Advisory Panel”.

On Saturday, November 11th and Sunday, November 12th 2017, Vanessa Kingori will be at the GTBank Fashion Weekend where she will share her vast knowledge on the global trends shaping fashion, as well as how to break the barriers in Men’s fashion.

To register for her masterclass click here to register.