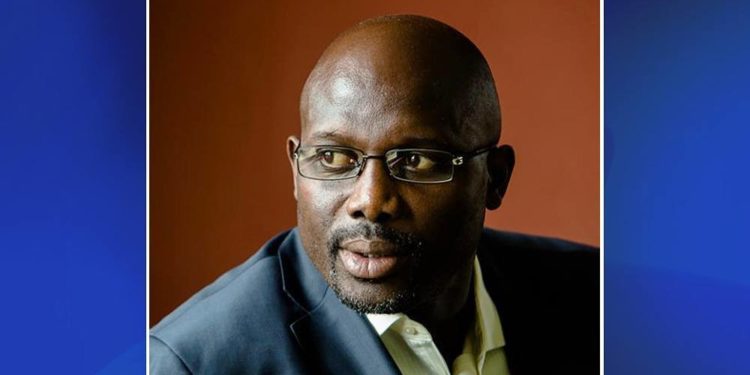 Liberian politician and retired professional footballer George Oppong Weah who is regarded as one of the greatest African players of all-time is our #OSGMCM.

In 1995,  Weah was named FIFA World Player of the Year and also won the Ballon d’Or, becoming the first African player to win these awards.

Known for his acceleration, speed, and dribbling ability, in addition to his goal scoring and finishing, he was named African Player of the Centuryin 1996.

In 2004, he was named by Pelé in the FIFA 100 list of the world’s greatest living players. The former Chelsea and Manchester City player was also a three-time winner of the African Footballer of the Year prize.

What makes George Weah stand out is his ability to succeed tremendously as a sportsman and as a politician. Weah won the Monteserrado seat in Liberia’s Senate to represent the capital in 2014, defeating the son of the president and boosting his political fortunes ahead of a presidential election in 2017.

He recently defeated the opposing party and became the one to succeed President Ellen Johnson Sirleaf of Liberia.

We celebrate George Weah, as our man crush Monday.

How it went down at the Comedy ...