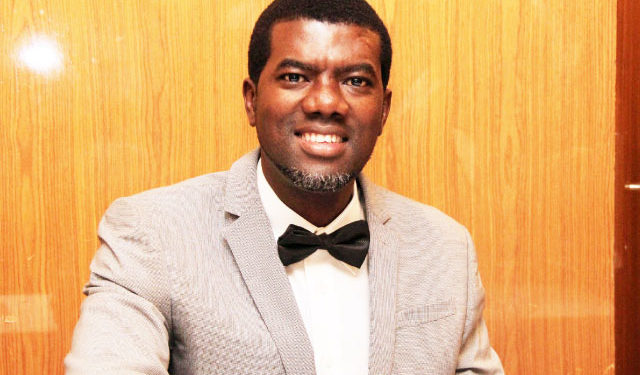 Former president Goodluck Jonathan’s media team has said fear is the reason Nigerians did not protest en-masse against the fuel price increase made by the Buhari-led government.

The Special Assistant to the President on Media and Publicity Femi Adesina, had in a tweet said Nigerians trust the Buhari-administration, replying Jonathan’s comments while receiving one of the PDP’s national chairmanship aspirants, Tunde Adeniran.

“When petrol went to N145 under PMB, Nigerians held their peace, unlike when they shut the country in 2012. The difference is trust. Simple.”

In a statement released by Jonathan’s media team and signed by Reno Omokri, the former president listed both the alleged killings of 347 unarmed Shiite men, women, children and infants, and the detainment of Ibrahim Zak Zaky, as instances through which the current administration instilled fear in the population.

Fear, the statement read, is “the reason Nigerians did not come out to protest against the fuel price hike”

Femi Adesina Lied: Fear, Not Trust is Why Nigerians Did Not Protest En Masse Against Fuel Price Hike

When Femi Adesina says that it is because of trust that Nigerians did not rise up against the Buhari administration when it increased the pump price of petrol from ?87 to ?145, he betrays a deep ignorance and arrogance.

First of all, it was not Nigerians that rose up again the Jonathan administration when that government increased the price of petrol on January 1, 2012. It was actually members of the All Progressive Congress who sponsored the protests.

Nigerians have not so soon forgotten how Malam Nasir El-Rufai led other chieftains of the opposition to the Gani Fawehinmi Freedom Park, Ojota, Lagos, where they attracted crowds by inviting top musicians to perform and giving out free food and drinks.

If anyone cares to Google the pictures of that event, they will see pictures of people who are currently on President Buhari’s media team directing ‘protesters’ at that event.

To now pass that sponsored protest as a sign that Nigerians trust Buhari but did not trust Jonathan is another propaganda in the long line of lies and deceit that the APC has come to be known for.

The truth is that the reason Nigerians did not come out to protest against the fuel price hike by the Buhari administration’s from ?87 to ?145 was because of fear, pure and simple.

On December 15, 2015, the Nigerian Army, under President Muhammadu Buhari’s command, killed 347 unarmed Shiite men, women, children and infants and buried them in a mass grave as revealed by the panel of inquiry instituted by the Kaduna State government.

The excuse given by the military for this massacre was that the Shiites had blocked a road during one of their procession and this allegedly affected a trip by the chief of army staff.

After killing his followers and destroying their place of worship, Sheikh Ibrahim Zak Zaky, the spiritual leader of the Nigerian Shiite community, was illegally and unconstitutionally detained and has not been seen or heard of in public since December 15, 2015.

Under the Buhari administration, human life has become so cheap that the military and security services routinely kill innocent Nigerians whether it be Shiites, peaceful demonstrators or IDPs at the Rann IDP Camp.

To say Nigerians trust an administration that publicly boasted that it would not tell Nigerians how much of their own money the President spent in treating himself in London when the State House Clinic cannot boast of ordinary panadol (by his own wife’s testimony) is to speak a lie.

Nigerians can judge the nature of the man whose number one campaign promise was that “no Nigerian Public official should receive medical treatment overseas at public expense”. For him lies are cheap even if they are expensive for the Nigerian public who has to pay the price.

Nor have Nigerians forgotten the promise to end corruption when the $25 billion Nigerian National Petroleum Corporation scam is ringing in their ears along with the denials by the Vice President that he never approved any contracts.

How can they trust a government that has still not released or acted on the SGF’s grass cutter contract prove after six months?

In the five years that he GOVERNED Nigeria, President Goodluck Jonathan spent ?16 trillion. The economy grew. The Naira was stable. We had the greatest expansion of infrastructure since the Gowon years and inflation was in single figures.

In the two years that President Muhammadu Buhari has RULED Nigeria, he has spent ?15 trillion. We have had recession. Naira collapsed. Inflation has gone back to double digits and the only infrastructure that he has started and completed is the Daura helipad.

So Femi should spare us his propaganda and accept the truth that he is the mouthpiece of a murderous regime sustained by propaganda and surviving on corruption.

Bestselling author of Facts Versus Fiction: The True Story of the Jonathan Years: Chibok, 2015 and Other Conspiracies