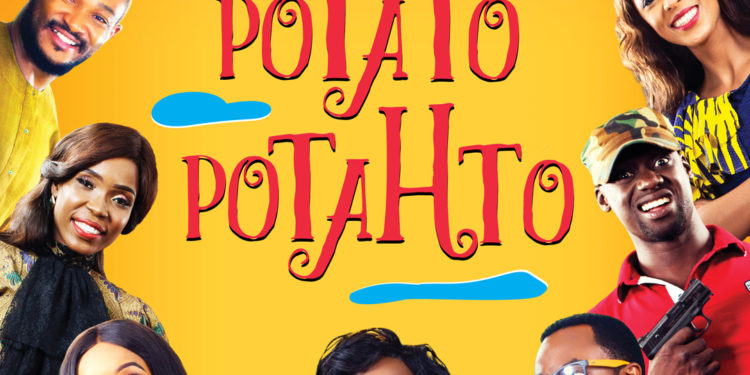 Following series of successful screenings in some of the biggest festival across the globe, West African romantic comedy ‘Potato Potahto’ will kick off its cinematic releases across the continent from November 2017.

Potato Potahto opens in Nigerian and South African cinemas on the 24th of November and makes its way to Ghanaian screens on the 30th of November.

The movie tells the story of a divorced couple whose plans to share their matrimonial home results in chaos after the husband, Tony, brings in an attractive female house help. When his ex-wife, Lulu, then hires an attractive young man to help her out, a roller coaster ride of laughter, jealousy, and tears ensues.

Producer Inya Lawal is ecstatic about the movie’s upcoming cinematic release; “We have taken Potato Potahto round the world to an incredibly warm reception, we cannot wait to bring it to cinemas home in Africa, this is just the beginning! “ she explained

For South African filmmaker Bonginhlanhla‘Mr. B’Ncube, more African filmmakers should adopt Potato Potahto’s unique form of pan-African collaborations. “This collaboration is a true representation of Africans coming together and saying, ‘we own this space, our continent, our people,’ let’s serve them and tell that African stories-to our people.”

Mr. B attended the Cannes Film Festival premiere of the film and immediately invited the Producers to release the film in South Africa, his production company Sukuma Media which released the action comedy flick, Safe Bet (2016), is actively involved in the South African release.

Director Shirley Frimpong-Manso reflects on the film’s journey; “It has been a whirlwind taking our labour of love across the world. I have truly been overwhelmed by the universal acceptance of the movie, the unusual storyline, and our incredible cast; I look forward to when Potato Potahto finally hits the cinemas.”