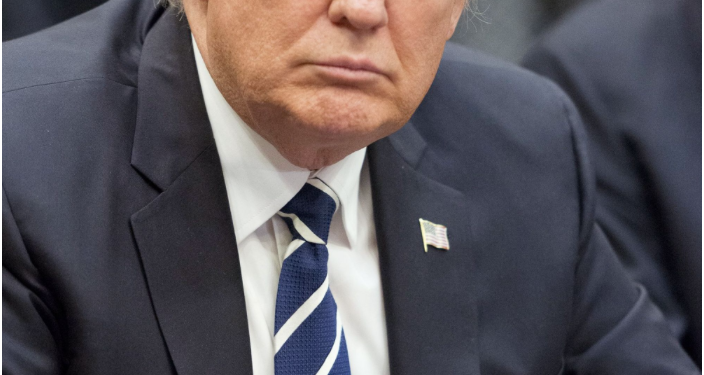 United States President Donald Trump has reportedly made insensitive comments towards the widow of a soldier killed in battle.

Frederica Wilson, a congresswoman, was riding in a limousine with Myeshia Johnson, the soldier’s widow when Trump’s call came through and she heard his “insensitive comments” CNN reported.

“Basically he said, ‘Well I guess he knew what he signed up for, but I guess it still hurts’,” Wilson said. “I heard what he said because the phone was on speaker.”

This is a young woman who has two young children, who is six months’ pregnant with her third child [and] she has just lost her husband.

She was just told that he cannot have an open-casket funeral which gives her all kinds of nightmares of how his body must look, how his face must look. And this is what the United States President says to her?

That is not something you say to a grieving wife.

There were other family members in the car and they were all crying,” Ms Wilson said.

All she said when it was time to hang up was “Thank you, goodbye.”

Trump has, however, denied that he didn’t say that to the grieving widow.

He wrote on his Twitter: “Democrat Congresswoman totally fabricated what I said to the wife of a soldier who died in action (and I have proof). Sad!”

Democrat Congresswoman totally fabricated what I said to the wife of a soldier who died in action (and I have proof). Sad!

Trump while speaking to reporters said he had a “very nice” conversation with Johnson’s widow, and “didn’t say what that congresswoman said. Didn’t say it at all.”