Omojuwa had shared photos of Governor Nyesom Wike of Rivers with Real Madrid stars Sergio Ramos and Cristiano Ronaldo and captioned it: “How long before Ronaldo and Sergio Ramos get their own statues?” 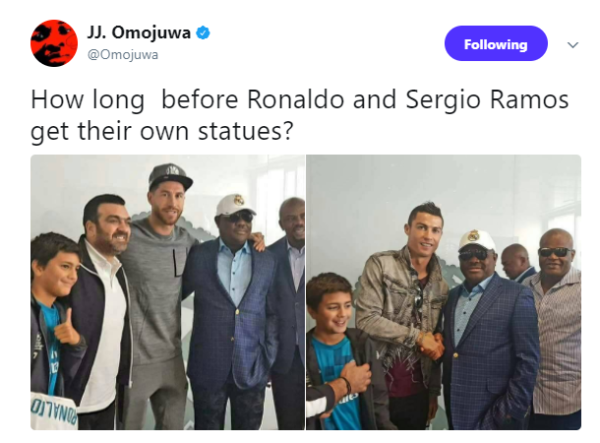 The verified @GovernorRochas handle in a screenshot going viral on social media quoted the tweet and wrote: “You are very stupid”. 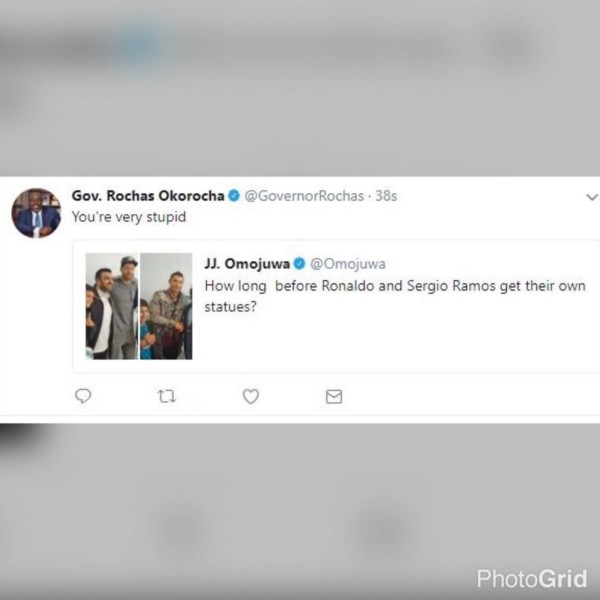 Governor Okorochas has been facing criticism on social media after he unveiled a giant statue of South African president Jacob Zuma in Owerri also named a street after Zuma.

The governor has, however, said he didn’t put out the tweet, adding that the image being circulated is the product of photoshop. 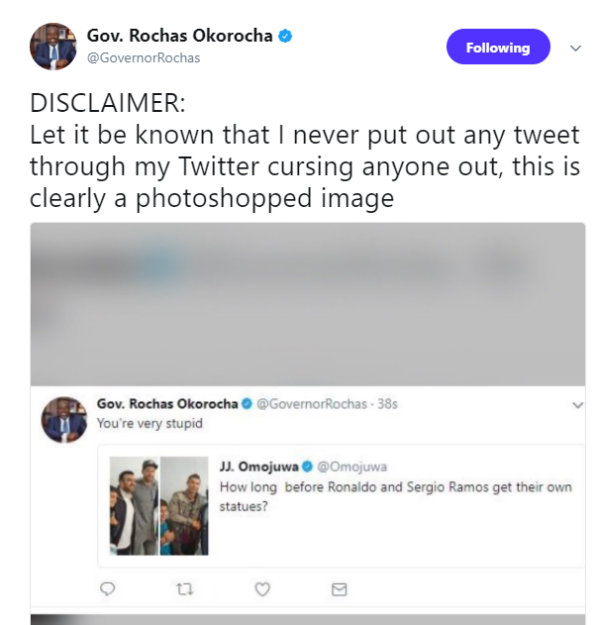 “How can anyone go to bed soundly ...