The 21-year-old woman who accused rapper Nelly of rape has in a letter released by her lawyers revealed she wishes to drop the case.

The letter, painting a morbid picture, read that the lady doesn’t feel her “unimportant self” can go against a celebrity.

She believes the system is going to fail her, the letter read.

The lady had accused Nelly of raping her on his tour bus in a Walmart parking lot.

Nelly had earlier refuted the allegation, saying he was a victim of false accusation, while apologising to his fans and loved ones for putting himseld in a position to be targeted for defaming allegation.

“I am confident that once the facts are looked at , it will be very clear that I am the victim of a false allegation,” he had said.

According to The Blast, the lady’s lawyer, Karen Koehler, said her client has told the Auburn Police Dept and the King County D.A. in Washington to stop the criminal investigation against the rapper.

Read the letter below; 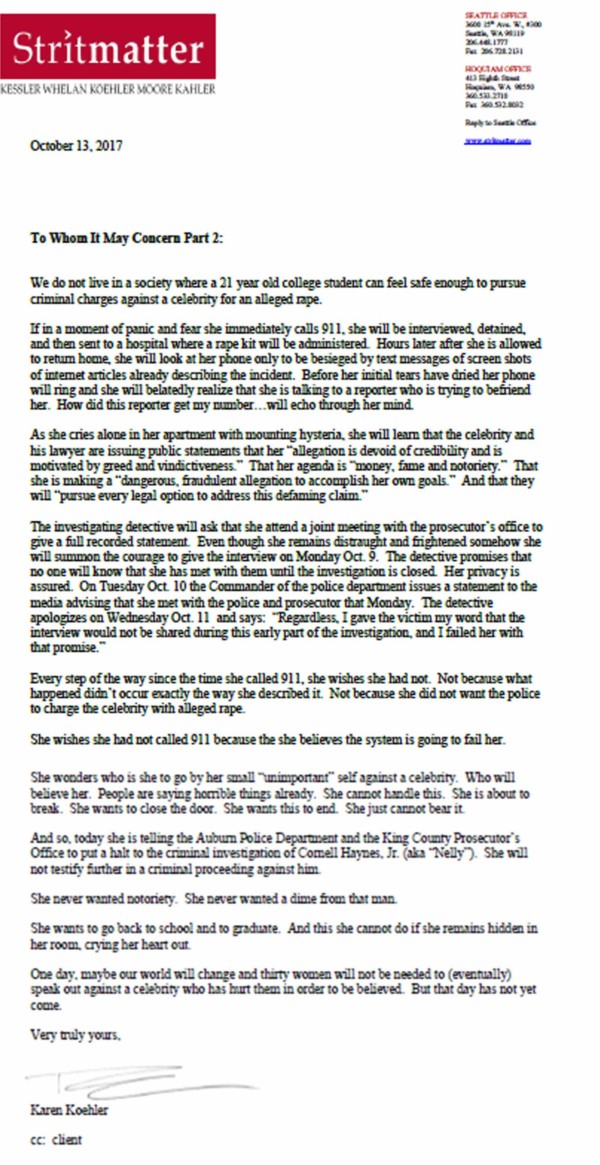 “Nobody should accuse Buhari of engaging in ...