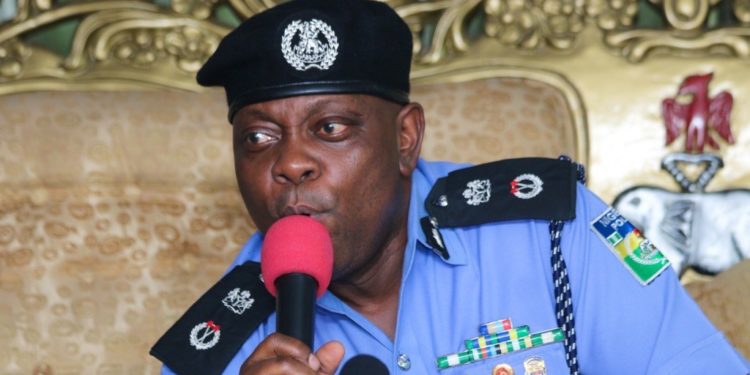 The Police Force Headquarters has said the Police Service Commission (PSC) has no power to demote senior officers.

The PSC had in a letter addressed to the Inspector General of Police, Ibrahim Idris, removed the acting appointments of both the Acting Commissioners of Lagos and Kogi states, Edgal Imohimi and Aji Ali Janga respectively, demoting them to the rank of Deputy Commissioner of Police.

According to Vanguard, the letter, signed by the PSC’s Permanent Secretary, M.F. Istifanus, on behalf of the Chairman, Mike Okiro, was titled: Withdrawal of Acting appointment: AP 25095 Mohimi D. Edgal and AP. 36665 Aji Ali Janga.

The letter read in part:

“The Commission at its 24th Plenary Meeting of 27th and 28th September, 2017, took a decision not to ratify the anticipatory approval.

The Officers are, therefore, reverted to their substantive rank of Deputy Commissioner of Police (DCP).”

But Jimoh Moshood, the Police Public Relations Officer, said both acting commissioners remain in their position, as the PSC lacks the power to demote officers. He said:

They can only demote an officer after the Force disciplinary committee has looked into what the officer has done and then recommend him for discipline. They can only authorize them to authenticate what the Police take to them.

In this case acting CP Edgal has not committed any disciplinary offence and the Force disciplinary committee has not recommended him for reduction. They can not demote him and they have no such powers. They should not go beyond their powers.

Nigeria Police Force can exist without PSC but PSC cant exist without NPF. We are not aware of the reduction in power and acting CP Lagos state has not been demoted.”

This is coming after Imohimi on Wednesday briefed newsmen on the deaths of Tagbo Umeike, Olugbemiga Abiodun, and Chime Amaechi.

Imohimi had said the CCTV footage at the General Hospital revealed that Tagbo was dropped by Davido‘s escort driver Tunde Usutu, accompanied by one Agbeje Olaoye and one Idris Busari, both Davido’s friends.

He added that the singer has been invited for questioning, saying his claim that he learned about Tagbo’s passing while he was at DNA nightclub, has been found to be untrue.

Watch the press briefing below;