Music songstress, Omawumi last night at Felabration 2017 was joined on stage by Afrobeat legend, Femi Kuti for a surprise performance even to Omawumi herself.

Femi, the son of the late Fela Anikulapo Kuti surprised the artiste, who just released her album titled “Timeless”, as he gave her performance a resounding saxophone driven close.

The festival which is in its 5th day, at the New Afrika Shrine, is being put together to celebrate the life and times of the great Fela Kuti. 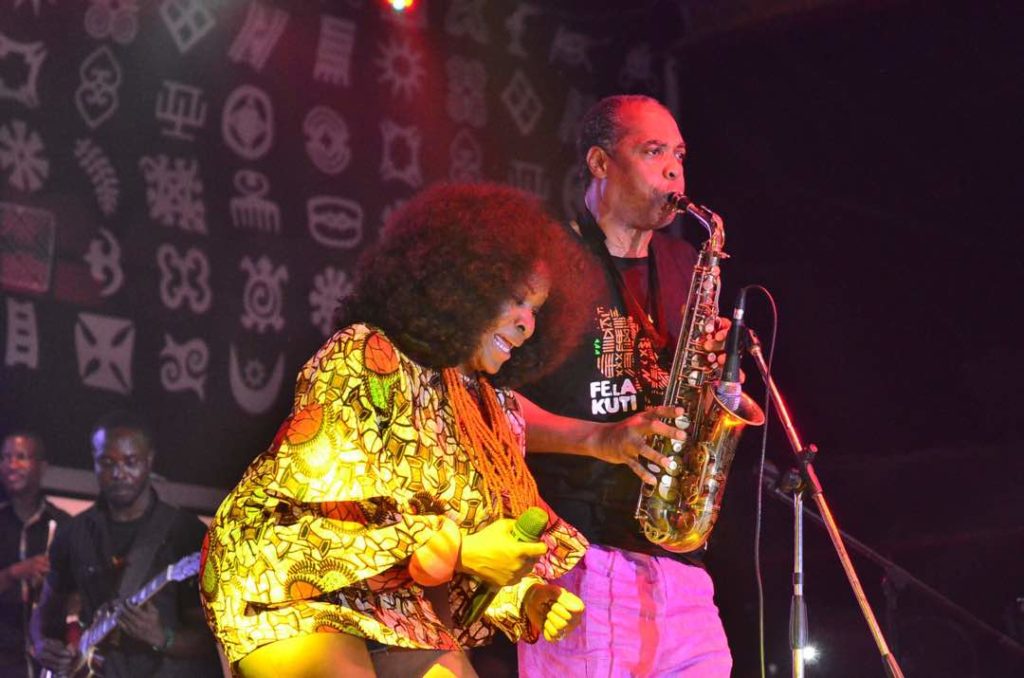 OMAWUMI AND FEMI KUTI AT FELABRATION 2017 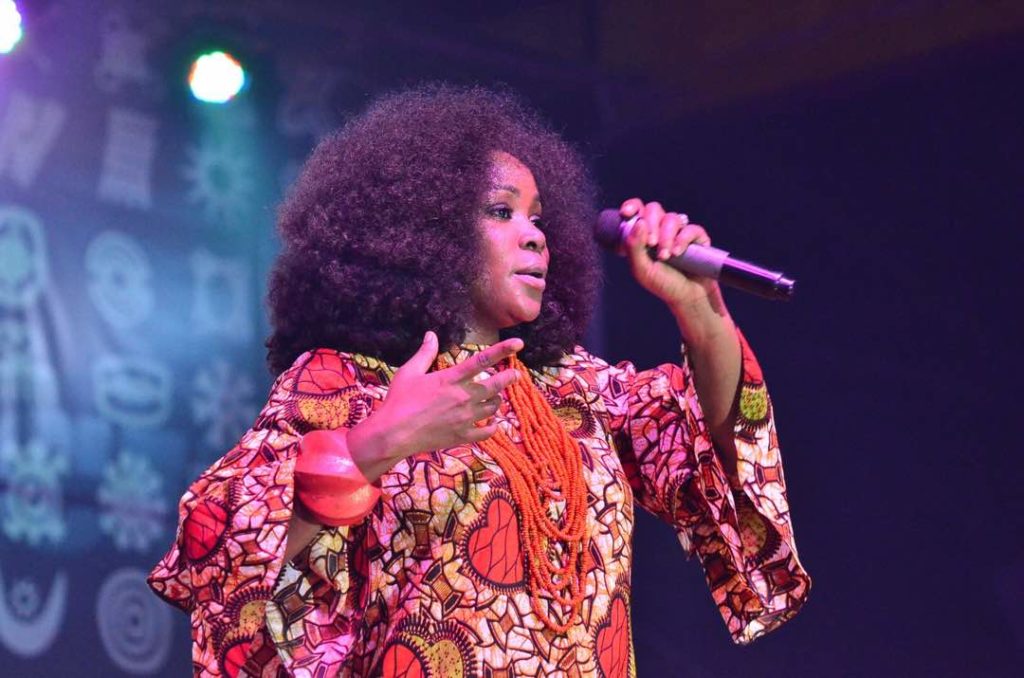 OMAWUMI AND FEMI KUTI AT FELABRATION 2017

Over the years Felabration has attracted many high-class musical acts from all over the world like Hugh Masekela, Femi Kuti, Lucky Dube, Awilo Longomba, Baba Maal, Les Nubians, King Sunny Ade, Lagbaja, Asa and 2baba, to name a few.

Nigeria’s fastest growing stout brand, Legend Extra Stout has also been joining millions of Nigerians in the weeklong musical event as the brand is bringing its realness and uniqueness to Felabration.

Fabulous Wears By Yemi Alade That We ...