The playful visuals follow a hair-obsessed lady who unwittingly finds herself time traveling through several decades while trying to get her hair weave fixed. The video was directed by Bolaji Kekere-Ekun (37th State) and features actress Nengi Adoki in the lead role alongside members of the 13-piece BANTU collective.

According to the band, the tongue in cheek chorus that calls on ladies to “wave your weaves in the air” is a commentary on the habitual love of wigs and weaves by women in Lagos. 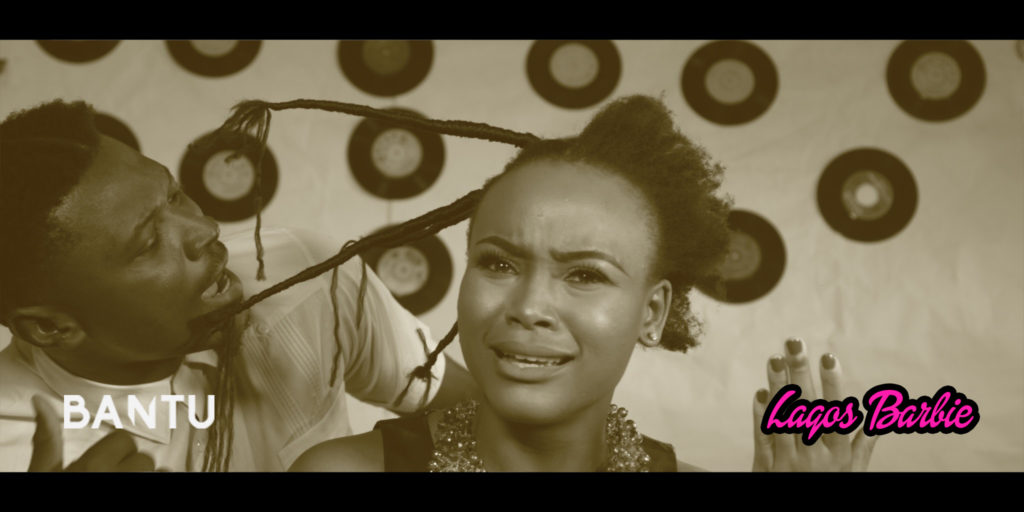 “We are aware of the absurdity of this message, knowing that no serious-minded Lagos big girl who spends a fortune keeping her ‘Barbie’ looks would want to wave it in the air, but we also know that the lyrics are such that will make everyone pause and think ‘hold on, wait a minute. Did I just hear right?'”  – Ade Bantu.

‘Lagos Barbie’ is available at www.bantucrew.com  & on all digital platforms worldwide

Woman arrested at Cult Initiation with another ...