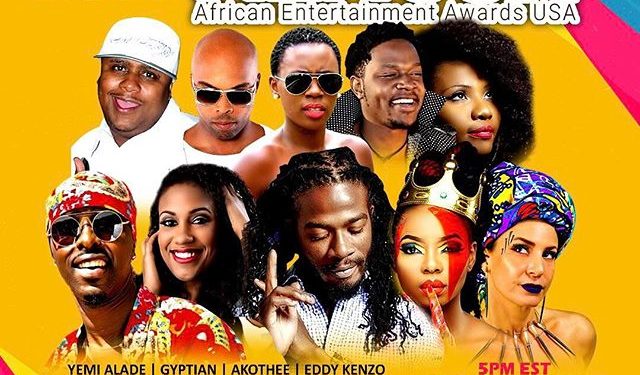 The African Entertainment Awards, USA founder Dominic Tamin believes in the rising of a New Africa and One Africa. The Aeausa’s mission is to use entertainment as a vehicle to support, celebrate, promote, and uplift the achievements and advancements of all Africans and Africans in the Diaspora through all entertainment forms.

Aeausa believes in using entertainment as a platform, to showcase an Africa that is united, self-sufficient, willing and able to evoke social change that matters most in the communities of Africans and Africans in the Diaspora worldwide.

The performers expected at the event include the refugee all stars, Eddy Kenzo, Yemi Alade and lots more. The event is set to hold on the 21st of October, 2017.

The awards have about 34 categories with nominees from various African countries in each category. Some of the categories and nominees include:

Best Female Artist of the year

Best Male Artist of The Year

Best Video of the Year

Runtown – Mad Over You

Other awards in the event includes ,Best Tv/ Radio , Model Of The year and designer of the year.

Voting is already on, It promises to be a tough competition and a beautiful occasion all in all.

“I have had eight or nine miscarriages” ...

Would you have abandoned him if it ...