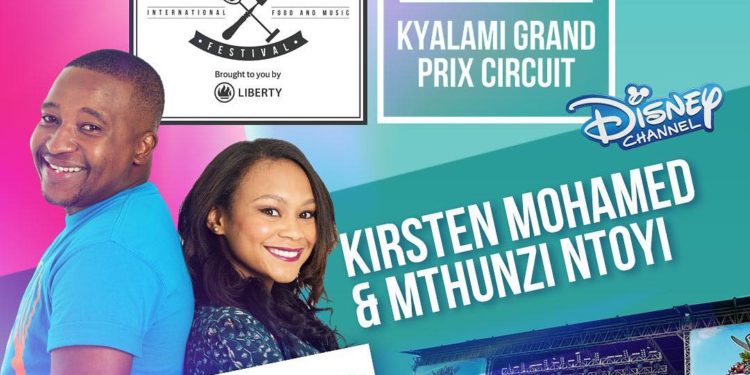 The DStv Delicious International Food and Music Festival (DStv Delicious) is back for its 5th installment and will be held at the prestigious Kyalami Grand Prix Circuit South Africa on the 7th and 8th of October, 2017. This mega event attracts an estimated 40 000 visitors over the two-day festival.

The Disney Cookabout is a comedic adventure game-show hosted by Chef Kirsten Mohamed and her side-kick Sous Chef Mthunzi Ntoyi. They will be showing off their culinary skills, with festival-goers sampling the goodies afterward there will also be amazing giveaways up for grabs.

Kirsten Mohamed is a South African actress and presenter best known for co-hosting the comedic cooking game show, Disney Cookabout. Chef Kirsten is with a side-kick Sous Chef Mthunzi (Mthunzi Ntoyi). Together the duo will demonstrate a dynamic group of ‘cooktestants‘ how to create simple and appetizing meals.

Mthunzi Ntoyi is a South African actor who has appeared in a number television series including Khululeka, Sokhulu & Partners, Home Affairs and The Lab. International acts expected at the event include Common, Femi Kuti, Omar, Alexander O’Neal and Imagination feat. Leee John.