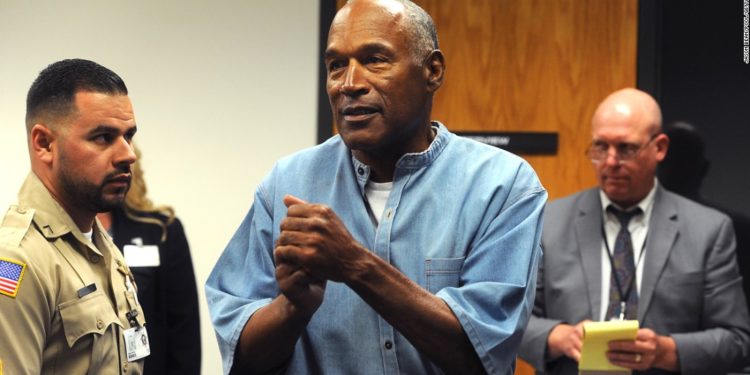 Former American football legend and Hollywood star, OJ Simpson has been released on parole from a Nevada prison in Lovelock after serving nine years for armed robbery.

He had been serving time for armed robbery, assault with a deadly weapon and 10 other charges over a 2007 confrontation at a Las Vegas hotel.

Simpson was approved for early parole release at a board hearing in July.

In 1995 he was acquitted of the murder of his ex-wife Nicole Brown Simpson and her friend Ron Goodman.

In a Facebook post, Nevada Department of Corrections released an image and video of Simpson signing documents and leaving Lovelock Correctional Centre early on Sunday.