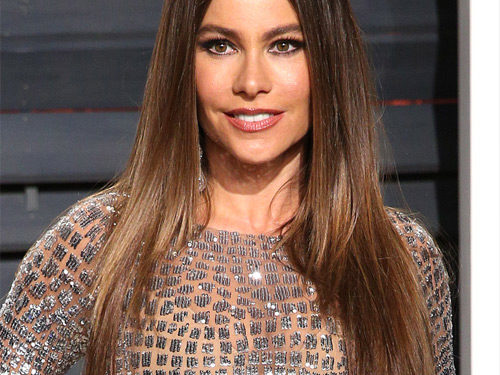 Modern Family star Sofia Vergara has been named the world’s highest paid TV actress for the 6th yea in a row, according to Forbes, Sofia took home a whooping $41.5 million before taxes.

Sofia Vergara, whose Modern Family salaries make up about a quarter of her earnings, made most of her money from licensing and endorsement deals.

Endorsements from Pepsi, CoverGirl, Heads & Shoulders, and licenses from Avon, Rooms to Go and SharkNinja make more than half of Vergara’s earnings for the year.

At number 2 was “Big Bang Theory” star Kaley Cuoco, whose salary from the sitcom made up almost all of her $26 million earnings.

3rd place is tied with “The Mindy Project“‘s Mindy Kaling and “Grey’s Anatomy“‘s Ellen Pompeo, who both earned $13 million.

While Pompeo’s was almost entirely from the Shonda Rhimes‘ show salary, Kaling’s earnings included a 7-figure endorsement deal with McDonalds, and her earnings from yet-to-be-released movies “Oceans 8” and “A Wrinkle in Time.”

All the earnings recorded are before taxes, and fees to agents, managers and staff.