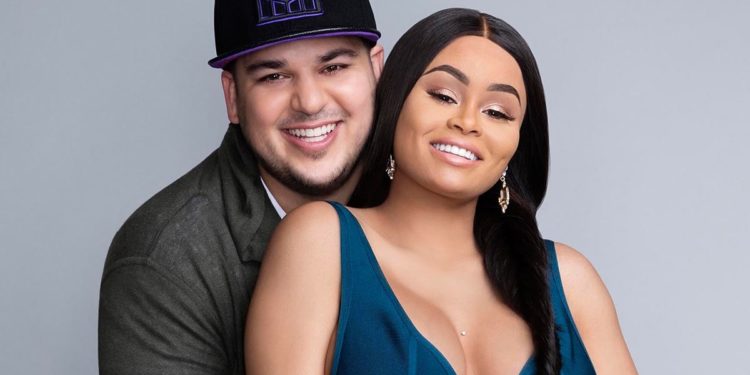 The battle between Rob Kardashian and Blac Chyna is not over yet as Rob is reportedly suing Chyna to court for an alleged assault that took place back in December.

Rob claims Chyna, while high on a lot of drugs and alcohol, attacked and attempted choking him with an iPhone cable.

The paperwork, obtained by nydailynews, says:

“Chyna lunged towards Rob with an iPhone charging cable and attempted to strangle Rob. Chyna was purposely trying to hurt Rob and struggled with him as she tightened the iPhone cord around Rob’s neck.”

The 12-page complaint, which lists Kylie Jenner as a co-plaintiff, says Rob was able to escape, but Chyna chased him and repeatedly hit him in his head and face.

“Kylie estimates that Chyna caused at least $100,000 in property damage to her house,” the complaint continued, saying she broke Kylie’s TV, a door, a gingerbread house, threw a chair at Rob’s Bentley, and struck him with a metal rod.

“Chyna is well-known for her hard-partying and erratic behavior which is often recounted in salacious tabloid headlines, despite having little, if any, accomplishments in the entertainment industry.

Indeed, Blac Chyna started her career as a stripper and over the years has created a reputation as a money-hungry, shameless pseudo-celebrity.

Chyna takes advantage of well-known, successful people, such as plaintiffs, to capitalize on her own fame and financial gain.

Chyna’s desire to pursue a relationship and have a baby with Rob was nothing short of an outright fraud to shake down the Kardashian family without any concern of the consequences.

Chyna terrorized Kylie by telling her to get tests for sexually transmitted diseases because Kylie was dating Tyga.”

Blac Chyna’s lawyer, Lisa Bloom, has said she hasn’t received a copy of the lawsuit.