Forbes has released the list of top ten best and worst cities for drivers to drive in and Lagos is the third worst city in the world.

According to the list, Lagos is the third worst city to drive in because of 60% congestion and possibly chronically cranky motorists.

The list is based on an analysis of local congestion levels, the average cost of parking and fuel, average roadway speeds, air pollution levels, number of traffic injuries, and road quality.

On the other spectrum, Dusseldorf in Germany is the best city in the world for drivers because of only 20% congestion and ever friendly people.

See the best and worst cities below; 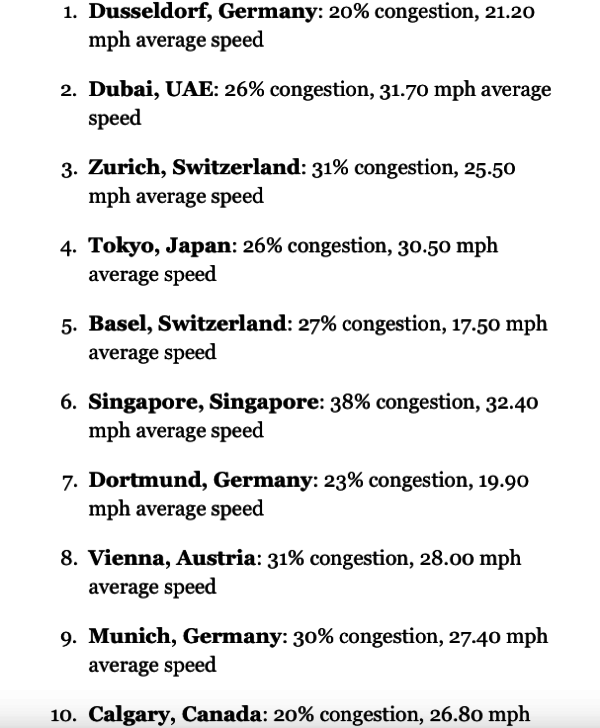 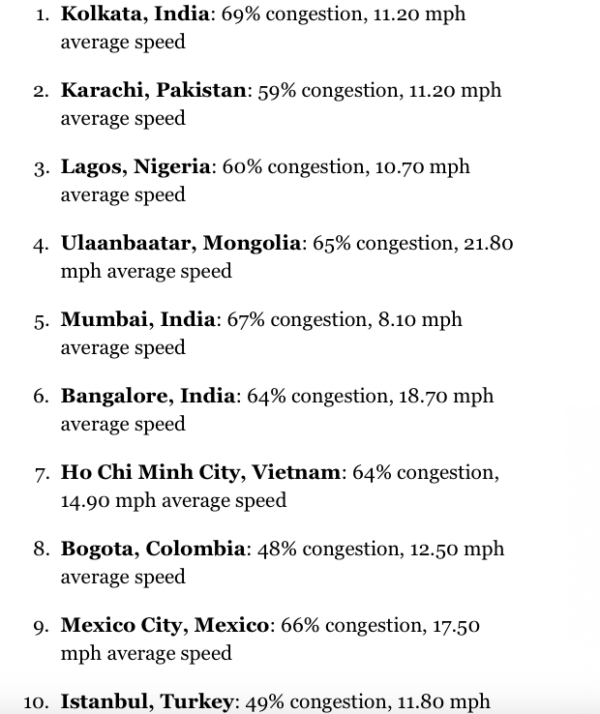