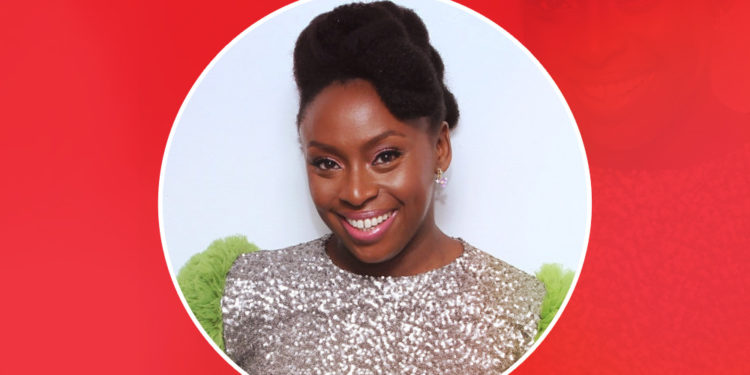 Nigerian writer of novels, short stories, and non-fiction Chimamanda Ngozi Adichie is our #OSGWCW this week.

In 2008 she was awarded a MacArthur Genius Grant, where she was described in the Times Literary Supplement as the most prominent of a procession of critically acclaimed young anglophone authors that is succeeding in attracting a new generation of readers to African literature.

Chimamanda Adichie divides her time between Nigeria, where she teaches writing workshops and the United States. In 2010 she was listed among the authors of The New Yorker?s “20 Under 40” Fiction Issue. Adichie’s story “Ceiling“, was included in the 2011 edition of The Best American Short Stories.

Her third novel, ‘Americanah“, an exploration of a young Nigerian encountering race in America, was selected by The New York Times as one of “The 10 Best Books of 2013“.

In April 2014, she was named as one of 39 writers aged under 40 in the Hay Festival and Rainbow Book Club project Africa39, celebrating Port Harcourt UNESCO World Book Capital 2014.

In 2016 she was conferred an honorary degree (Doctor of Humane Letters, honoris causa, by John Hopkins University).

In 2017 she was conferred other honorary degrees – Doctor of Humane Letters, honoris causa, by Haverford College, and The University of Edinburgh.

In March 2017, Americanah was picked as the winner for the “One Book, One New York” program, part of a community reading initiative encouraging all city residents to read the same book.

In April 2017, it was announced that Adichie had been elected into the 237th class of the American Academy of Arts and Sciences, one of the highest honours for intellectuals in the United States, as one of 228 new members to be inducted on 7 October 2017.

Award-winning Chimamanda also had her novel, “Half of a yellow sun” adapted into an award-winning movie with the same title in 2014. Her recent book “Dear Ijeawele” was published in March this year.

Chimamanda Adichie is an intellectual, an achiever and one of the most powerful women in Nigeria and Africa. We celebrate her as our woman crush.