Lagos to ban Okada riders from Certain Parts of the State 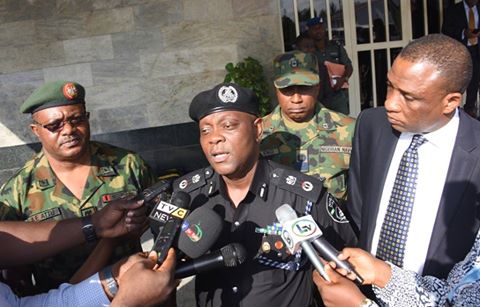 The Lagos State Government has said it will begin to enforce a ban on commercial motorcycle (okada) riders from certain parts of the state.

The statement was made at a briefing of the Government House correspondents after the monthly Security Council Meeting chaired by the State Governor, Akinwunmi Ambode.

The State’s Commissioner of Police, Edgal Imohimi said the State Government has resolved to enforce the State Traffic Law prohibiting operation of commercial motorcyclists (Okada riders) in certain routes across the State. he said:

Recall that most of the bridges are being cleared. This effort is geared towards displacing hoodlums who might want to use such areas as hideouts.

We also talked about the influx of commercial motorcycle operators known as Okada riders. The Council has resolved to enforce the Lagos State Traffic Law prohibiting their operations in certain parts of the State.

The enforcement will come up very soon after a lot of enlightenment because we have noticed that with the ban on commercial motorcyclists in some other states of the federation, there is that tendency that they might want to migrate towards Lagos.”

He urged Lagosians to be vigilant during this ember period, and to report any suspicious activity around them to the police. He said:

“Let me use this opportunity to appeal to Lagosians to be vigilant at this time. If you see something, you must say something. You must partner with the police and security agencies. Partnership is key because it is the only way information can flow and I want to assure residents that information given freely, the confidentiality of the informant will be taken with utmost seriousness.

I have told my officers and men and I know my colleagues in the other agencies have done so. We cannot win the trust and confidence of the people if we do not dispense with unethical conduct such as divulging sources of information”

VIDEO PREMIERE: WAJE – IN THE AIR