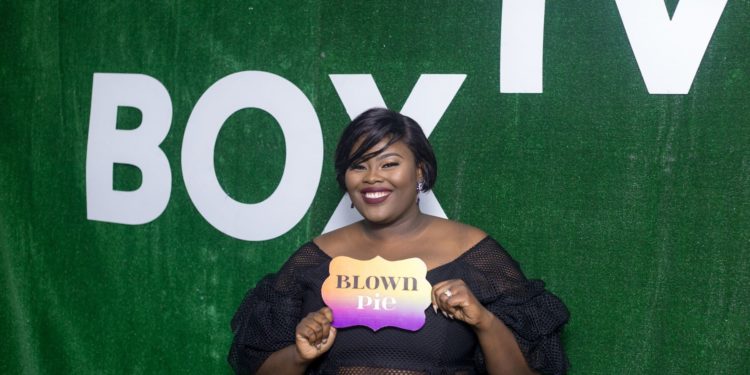 Box Tv launched over the weekend and it was in grand style, guests were welcomed on the red carpet by Toyin Jolapamo (@thesohosister) who were kicked things off with questions like: “Are all girls pies”, and who is a “Yoruba demon”.
There had been a lot of buzz in the weeks preceding the event as the Yoruba Starter kits were delivered and received by celebrities and artists such as Patoranking, Skales, Runtown and more. Everyone was wondering “What is a Yoruba demon” and are all girls pies?
At the launch, guests were welcomed by host Comedian, Actor and also a show regular Gbolahan Olatunde aka “Bollylomo” who quickly demystified a lot of questions by having a live interactive session with guests on stage.
Guests at the event included, Praiz, Niniola, Ajebtuter, Omalicha, Colette Otutesho, Latasha Ngwube , Kaylah Oniwo, Ifan Michaels, Mimi Onalaja and so much more. 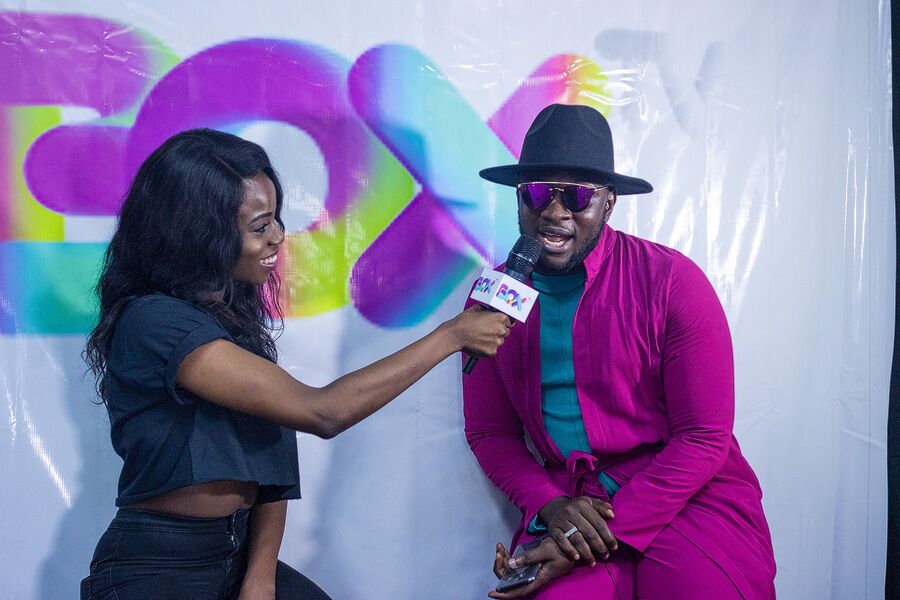 The welcome address was delivered by Mrs Gbemi Shasore of Access to Knowledge. Box Tv Founder Temilola Akinmunda, aka ‘Taymi’ said of the launch: ”I am excited that Box TV has finally launched, it has been something I have been working on for a while now and to see that it is here is and well received is fantastic.
Box Tv is here to tell the Nigerian story in a different way but more importantly to empower young creatives and give them a platform to share their talent and collaborate with like minded individuals.
I also want to be an example to younger people that impossible is nothing. Box TV received no sponsorship when we started, but we spear headed through this and kept going, so I believe we are the magic and anything is possible if one is relentless. 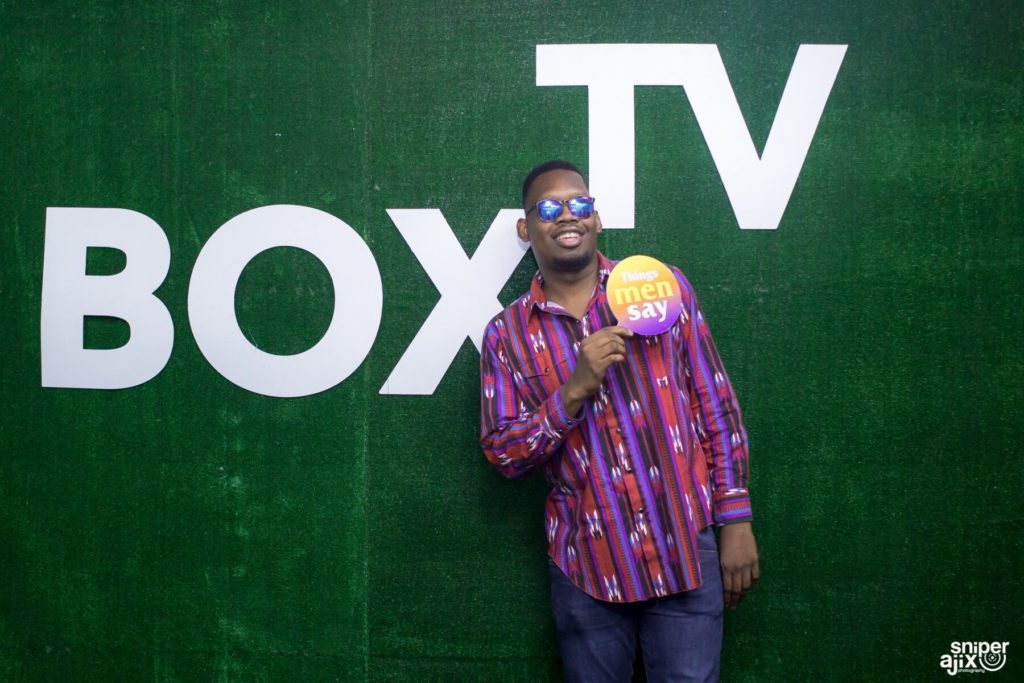 We are very excited about the show’s exciting content, varied and rare content that tells what we like to call ‘the other Nigerian story.’ We are big on collaborations at BoxTv and I have created another drama series; First Time Mom that will be co-produced with Wetv productions.”