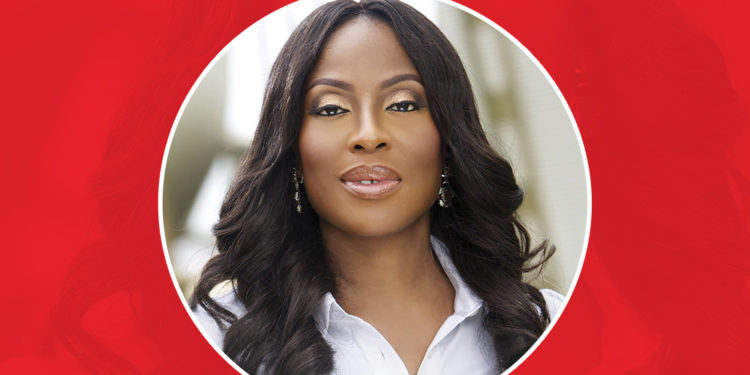 Our woman crush this week is a great and highly revered personality. A Nigerian talk show host, executive producer, media personality, human resources management consultant, entrepreneur and a philanthropist. She has been described by Forbes as “Africa’s Most Successful Woman“.
She is a member of the British Psychological Society, having started her career in the UK, she has worked with several prestigious organisations.

In 2006, she started EbonyLife TV (Africa’s first global black multi-broadcast Entertainment network) a network airing in more than 49 countries across Africa, as well as in the UK and the Caribbean.

She is the Executive Producer & host of a TV talk show, which is the first syndicated daily talk show on African regional television. Guests on the show have included celebrities, Presidents, Nobel Laureates, and the 67th US Secretary-of-State Hillary Clinton, Steve Forbes.

The show is aired on M-Net with TV coverage in 48 African countries, the show now also airs on terrestrial and cable TV in other parts of the world.

The show’s success and her intention to change the world’s perception of the African continent has led to comparisons to Oprah Winfrey, with media outlets such as CNN, The Independent and Slate Afrique calling her “Africa’s Oprah” or “Nigerian Winfrey“.
Forbes has named her the first woman on the African continent to own a pan-African TV channel. She is also the producer of award winning movies; Fifty and The Wedding Party.

Super woman as Ty Bello refers to her recently when she added another year, with the launching of her recent production “The Royal Hibiscus Hotel”, an all star cast movie, this great woman has achieved another milestone.

This woman who has also been listed amongst the top 100 world business visionaries in the business insider and one of the 25 most powerful women by Hollywood reporter is none other than the dynamic Mosunmola Abudu.

We celebrate you as our woman crush Mo Abudu.