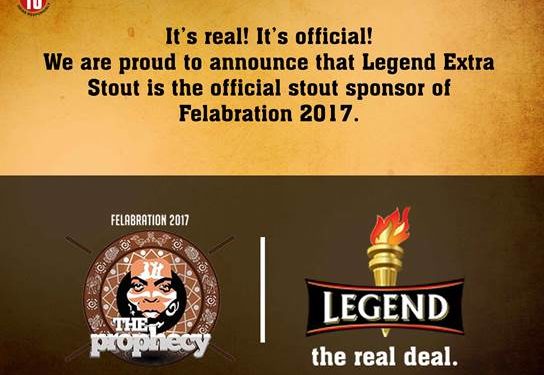 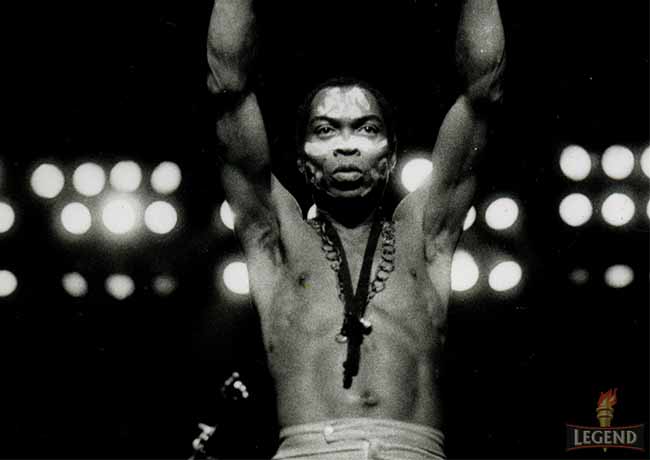 The annual festival which kicks off on Monday, October, 9 will run for one week and end on Sunday, October 15; which coincides with Fela’s birthday. This year’s festival is themed “The Prophecy”.

Felabration has been listed amongst the Fest300 Festivals 2017 (check and confirm this) and has grown into a huge weeklong musical event in Nigeria. The festival attracts thousands of visitors annually from all over the world to the New Africa Shrine and is an official tourist destination of The Lagos State Government.

Legend Extra Stout’s support for the festival is aimed at reinforcing the brand’s ideal and quality (Nice to mention those ideals that identifies Legend with Fela). The brand also hopes to connect with its existing and targeted consumers who will experience the unique bitter tasting stout in the midst of the fun and excitement that comes with the festival.

The week-long event promises to be a season of excitement and entertainment, as Legend Extra Stout will bring its realness and uniqueness to Felabration.

Speaking on the brand’s presence at Felabration and its commitment to its consumers, the Marketing Manager – Mainstream Lager and Stout Brands, Nigerian Breweries Plc, Mr. Emmanuel Agu, said, “Fela Anikulapo is not just an international Music Icon, Fela made a difference in this world with his music and he left an indelible mark across the world. He gave us an exciting brand of music that was distinctively original”

“Interestingly, Legend Extra Stout is an exciting brand which strives to reach its consumers through invigorating platforms like Felabration. For us, the festival is a season of fun and excitement and Legend Extra Stout has put everything in place to ensure fun seekers are relaxed, entertained and refreshed at Felabration.”

Since its inception, Felabration has been held every year with the exception of 1999. This year’s edition also marks the 20th anniversary of Fela’s death in 1997.  Instituted by Fela’s daughter, Yeni Kuti, the festival will incorporate musical performances, an art competition, Afrobics Talent Hunt, Fela Debates, Symposium, Secondary Schools Debate and the Felabration Carnival.

Reiterating on the brand’s presence at Felabration, the Brand Manager Stout Nigerian Breweries, Oluseun Lawal stated that, “Felabration is a big contributor to Nigerian culture and entertainment. Nigerians love their music and culture and Legend Extra Stout aims to meet its consumers where their interests lie.”

Over the years Felabration has attracted many high class musical acts from all over the world like Hugh Masakela, Femi Kuti, Lucky Dube, Awilo Longomba, Baba Maal, Les Nubians, King Sunny Ade, Lagbaja, Asa and 2baba to name a few.

Every year Felabration features an exciting lineup of artistes and this year will not be an exception. To find out more about Legend’s presence at Felabration, follow Legend on Twitter, instagram, Facebook and join the conversation using the hashtag #LegendAtFelabration