Nigeria out of Recession 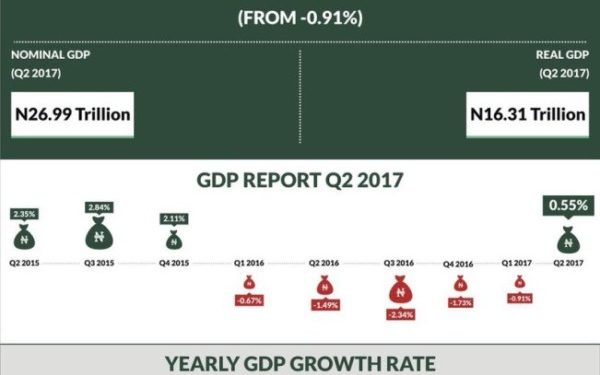 The official Quarter 2 GDP report by the National Bureau of Statistics (NBS) has said that Nigeria is out of recession.

“In the second quarter of 2017, the nation’s Gross Domestic Product (GDP) grew by 0.55% (year-on-year) in real terms, indicating the emergence of the economy from recession after five consecutive quarters of contraction since Q1 2016.

Get the full report HERE.

Akpororo’s joke force out a reaction from ...