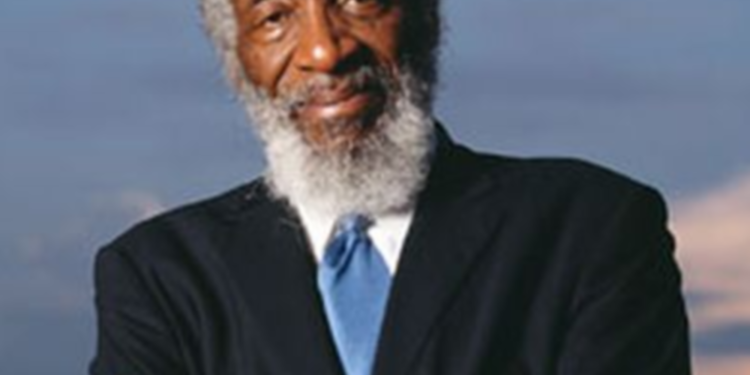 American comedian and civil rights activist Dick Gregory, who broke racial barriers in the 1960s and used his humor to spread messages of social justice and nutritional health has died at the age of 84.

Gregory made his mark in the early 1960s as a rare African-American comedian who was successful in nightclubs geared to white audiences. One important break famously came in 1960 when he was invited by Playboy founder Hugh Hefner to perform at his Playboy Lounge in Chicago.

His family confirmed the news of his death in a statement by his son Christian via his Instagram page:

“It is with enormous sadness that the Gregory family confirms that their father, comedic legend and civil rights activist Mr. Dick Gregory departed this earth tonight in Washington, DC. The family appreciates the outpouring of support and love and respectfully asks for their privacy as they grieve during this very difficult time. More details will be released over the next few days – Christian Gregory”

Gregory is survived by his wife of 58 years, Lillian, and 10 children.