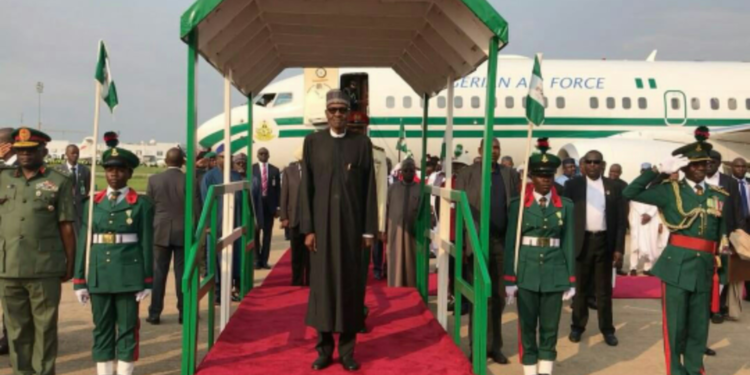 President Muhammadu Buhari has arrived Nigeria after 114 days in the United Kingdom where he received medical treatment for an undisclosed ailment.

Buhari arrived at Nnamdi Azikiwe International Airport on Saturday at about 4.36pm and had spent 114 days in London on medical vacation.

According to NTA, after landing, the president headed for the presidential lodge to rest for a while before heading to Aso Rock.

The president however, did not inspect the Guard of Honour as scheduled.

Buhari was received by the acting President Yemi Osinbajo. Others present at the airport included Lai Mohammed, Abike Dabiri-Erewa, and Femi Adesina.

A statement released by his media adviser Femi Adesina on Saturday disclosed that Buhari will address the nation on Monday, August 21 at 7AM.