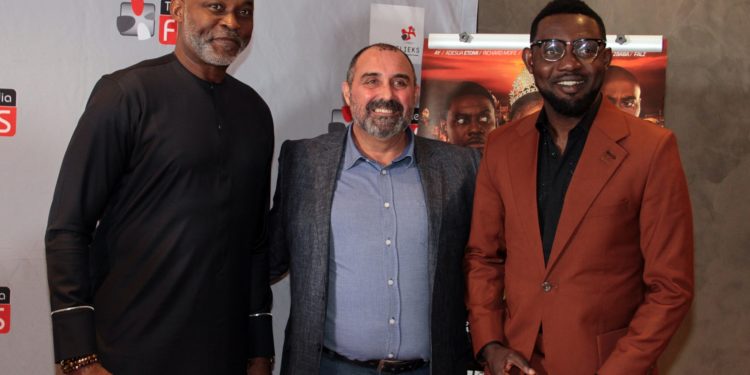 The much celebrated “10 Days in Sun City” movie filmed in world class Sun International, Sun City Resort, South Africa is set to be showing in South African cinemas after a VIP premiere at Sun Central in Sun City which hosted celebrities from South Africa and across Africa.

The South African premiere of the movie is preceded by the earlier tremendous successful premiere in Lagos, Nigeria a couple of months ago where the movie maintained the number one spot for several weeks on the Nigerian Box Office.

Ayo Makun, producer of the movie has confidently mentioned that Sun City became the location of the movie after his exciting experience at the resort.

“Initially this movie was supposed to be shot in Paris. However, after my very first visit to Sun City I changed my mind and recrafted the script to be in tune with what I saw at the resort. I bet you, go see this movie which is currently making waves in Nigeria and Ghana cinemas and will be showing in the South African cinemas from 25 August this year, Sun City will definitely be your next holiday and celebration destination,” AY stated.

According to, Sun International, owners of Sun City resort where the movie was shot, 10 Days in Sun City provides another veritable platform to showcase the wonders of the resort to Africans and beyond.

Raul de Lima, General Manager of Sun City describes the resort as a fun filled one-stop destination that caters for every need of the traveller.

“Sun City is known as a world within a city because the resort ideally caters for all the needs of a traveller offering tailor-made experiences that last a lifetime,” Raul mentioned.