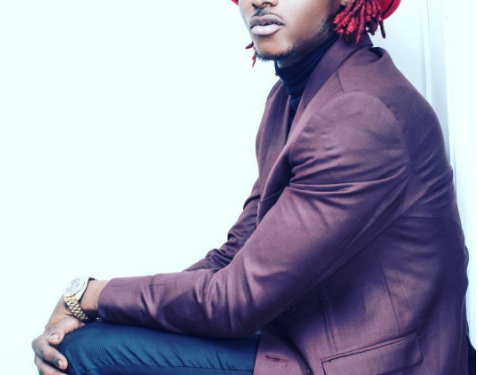 The much-advertized idea about the youths of not being ‘too young to run’, has just been given a fillip by sensational hip-hop act Gabriel Oche Amanyi better known as Terry G as he just declared to support the course #NotTooYoungToRun in his campaign poster. 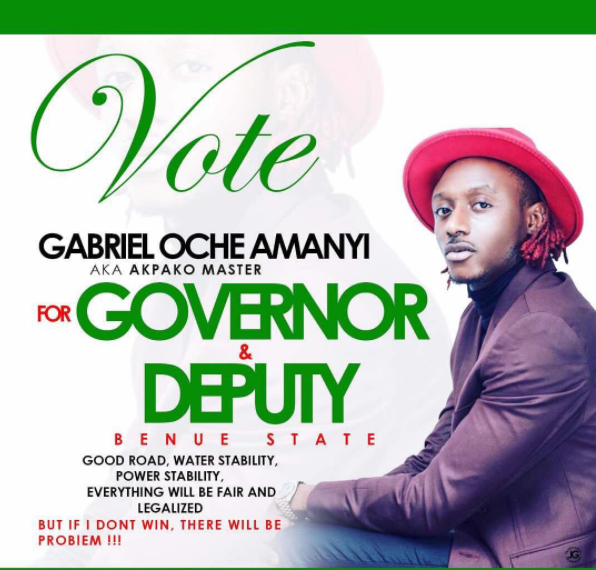 And before you begin to get message wrong, the ‘Akpako Master’ has no particular political intention, but just trying to use the idea to ginger the youths towards productivity in their various endeavours in life.

According to Terry G:

“my intention is to encourage youths and support the course of not too young to run a political office; but my attention has been drawn to a misinterpretation of my ‘legalized ginjah.’ I merely used the cliché to instill in them to amplify the notion and promised them on the need for the masses by legalizing good road, water stability, power stability, stating that “everything will be fair and legalized”.

This is the simple but honest message of the Akpokpo Master. He has spoken for the youths.

How a Man watch Hawker drown because ...