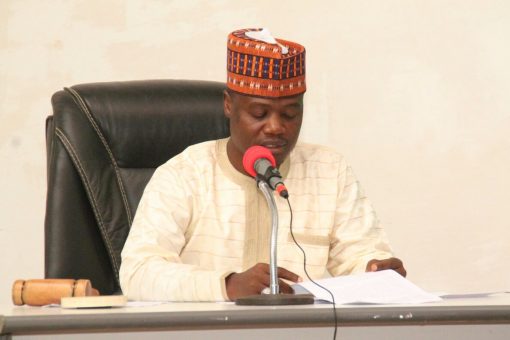 The speaker of Kogi State House of Assembly, Umar Ahmed Iman as resigned from his position, a day after the lawmakers postponed their sitting as crisis rocked the Assembly.

According to Pulse Nigeria, the speaker resigned from his position because he wanted peace to reign in the state. Imam signed to avoid a prolonged impeachment process that could divide the Assembly.

His resignation letter was read at plenary on Thursday by Deputy Speaker, Hassan Abdullahi who was the presiding officer of the day.

The Speaker resigned after narrowly escaping being assaulted on Tuesday when hoodlums attacked the Assembly’s plenary session to disrupt it.

After Ahmed’s resignation letter was read, Kolawale Mattew was elected as the new the Speaker.

Kolawole is said to be a staunch supporter of the state Governor, Mr Yahaya.

I knew The Wedding Party was going ...