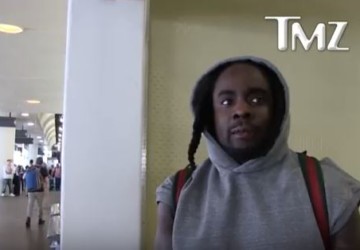 Maybach Music Group rapper Wale has addressed people criticizing him for spraying his daughter Kemi money on her birthday, saying he is not bothered, as that is his tradition.

The rapper shared a video on Instagram where he was spraying his daughter money on her birthday last week, as it is done mostly in Nigerian parties.

Social media users condemned the rapper for the act, comparing it to “making it rain” on strippers.

In an interview with TMZ, he said he doesn’t see any thing wrong in the act, and that he is proud of where he’s from.

8 Sure Causes of Business Failure