The battles begin on The Voice Nigeria! 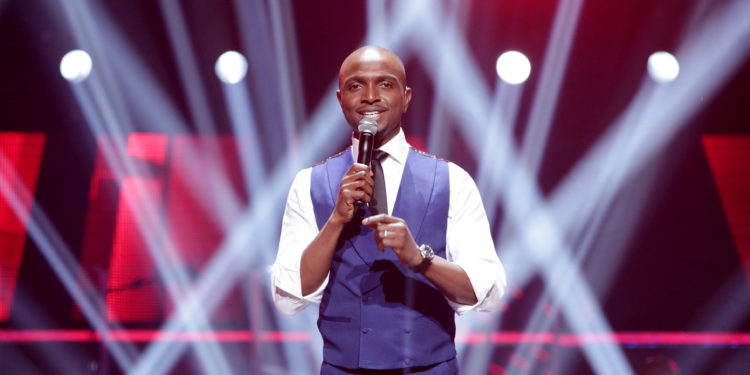 Sunday marked the beginning of the ‘battles’ on The Voice Nigeria and there was no shortage of drama and intrigue as the four teams and the 49 talents slugged it out in pairs.

#TeamYemiAlade teams started off the battles with Ifeoma and Olla singing Whitney Houston’s ‘I’m every woman‘, while Ogechi and Torisheju sang Katy Perry’s ‘Fireworks‘. Ifeoma and Ogechi won their battles while Jah Nonso was automatically moved to the live stage as his battle partner Kelvin had to step down from the competition.

Timi Dakolo had an emotional night deciding which contestant to select. Daniel ‘Ideal’ was paired with Happiness and they gave a lovely rendition of John Legend’s ‘Love me now‘, while Gerald ‘G6’ and Jahtell sang Timi Dakolo’s ‘The woman I love‘. Timi was left in tears as Gerald and Happiness were let go.

Sunday’s episode marked an amazing and emotional start to the battles, with promises of more amazing nights to come on The Voice Nigeria.

Make sure you tune in to Africa Magic Showcase and Africa Magic Urban every Sunday at 7pm Nigerian time to catch all the excitement with The Voice Nigeria, proudly sponsored by Airtel and Coca-Cola and powered by YouTube.