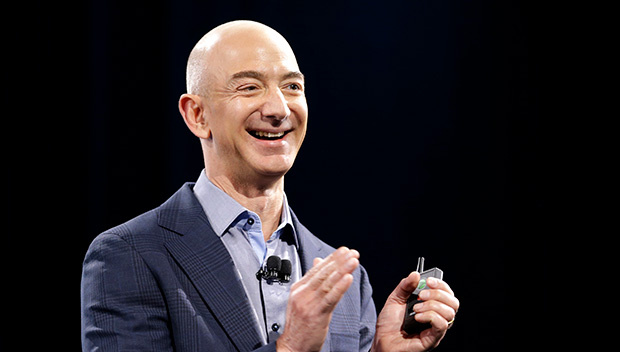 CEO of Amazon Jeff Bezos has become the richest person in the world after stocks of his company rose 1.6% today.

According to Forbes report on Wednesday night, Bezos was less than $1bn away from being the richest person in the world.

Bezos’ net-worth has increased by $2.5bn this week alone, stocks of his company rising 3.6%.

He is now worth $90.6bn, becoming the first man ever to top a $90 billion fortune for the.

He is worth more than $500m ahead of no. 2 Bill Gates, who is the founder of Microsoft.

Bezos quit his job at a hedge fund to start his online bookseller in a garage in Seattle in 1994.

He first featured on the 400 richest Americans list in 1998, a year after Amazon went public, with a $1.6 billion fortune.

Osinbajo jokes about threat to Saraki & ...