Ronaldo admits ‘I have a healthy competition with Messi’ 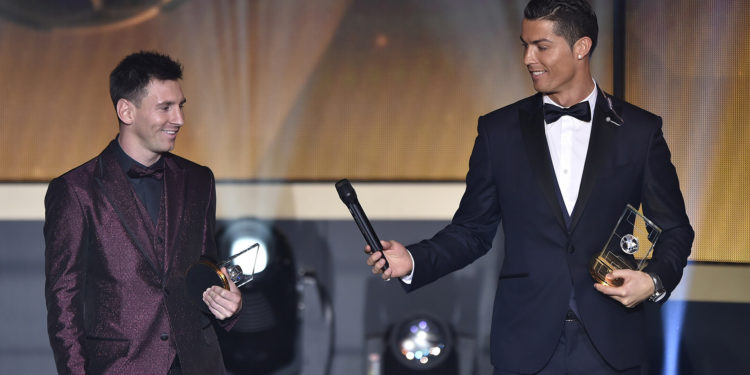 Real Madrid star, Cristiano Ronaldo, has said he ‘fights’ to be one of the top footballers in the world with the likes of Lionel Messi and Neymar.

The 32-year-old who won the Ballon d’Or in January, is a firm favourite to be crowned the world’s best footballer for the fifth time, following Madrid’s triumphs in La Liga and the Champions League last season.

Ronaldo and long-time rival Messi have shared the Ballon d’Or and FIFA Ballon d’Or every year since 2008 and another win will see the Madrid man draw level with the Barcelona forward.

And Ronaldo admits that the “healthy” competition between the world’s finest forwards inspires him to strive for success.

“To mention one [player] is hard, but the level that I am is like in other sports: Formula One, NBA…The best players always follow the best players,” he told ESPN.

“Of course we fight with everyone, with Neymar, with Messi, Lewandowski, Higuain, with the best players in the world. This is not ‘fighting’ but it’s healthy. We fight to be the best.

“It’s my motivation: to be better than them, year after year.”

Watch Video – Wizkid performs for his ...