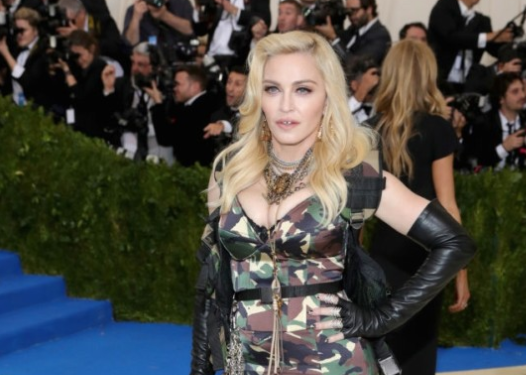 A court has stopped the auction of properties belonging to Madonna, including a letter late rapper and ex-boyfriend Tupac wrote to her while he was in prison.

The pop star had asked the court to stop the auction. She said it violated her privacy, which she still has a right to despite her celebrity status, according to Time.

Other Madonna’s properties to be auctioned included a pair of previously worn panties and a hairbrush containing her hair.

She had said she was shocked to learn the letter Tupac wrote to her was no longer in her possession.

The letter, detailing reasons why Tupac broke up with the singer, also sought her forgiveness and was said to be expected to fetch around $400k.

The fact that I have attained celebrity status as a result of success in my career does not obviate my right to maintain my privacy, including with regard to highly personal items

The items the Manhattan state Supreme Court Judge Gerald Leibovitz ordered to be pulled out of the rock and roll themed auction, organised by Gotta Have It! Collectibles, numbered 22.

Madonna’s court papers say a former friend, art consultant and “frequent overnight guest” in Madonna’s home when she was “not in residence,” Darlene Lutz is behind the sale of her properties.

A spokesman  for the art consultant Darlene Lutz, Pete Siegel said the court order and the allegations against Lutz will be challenged.

Madonna and her legal army have taken what we believe to be completely baseless and meritless action to temporarily halt the sale of Lutz’s legal property. We are confident that the Madonna memorabilia will be back.