Another Lady in R. Kelly‘s sexual cult narrates her experience

A lady who said she was in R. Kelly‘s inner circle has revealed details of her experience with the singer and the girls who he is said to be keeping in an abusive cult.

The girl, who spoke with Jezebel, said that although all the other girls are above the age of consent, from 18 to their mid and early 20s, they are all “completely manipulated and brainwashed.”

The girl (dubbed Kim in order to protect her identity) is in her mid 20s and met R. Kelly about a year ago.

She said he had invited her onstage and told her afterwards “Baby Girl, I want you,” before slipping her his number.

They met the next day at a hotel and she said he paused during their lovemaking to ask her, “Baby girl, how old are you?”

She provided screenshots of texts between herself and Kelly’s assistant, Diana Copeland, and R. Kelly himself.

She also presented travel itineraries for the trips she took to see him, hotel receipts, and a photo she took of the singer asleep on a hotel couch. The itineraries and receipts matched with R. Kelly’s tour history. 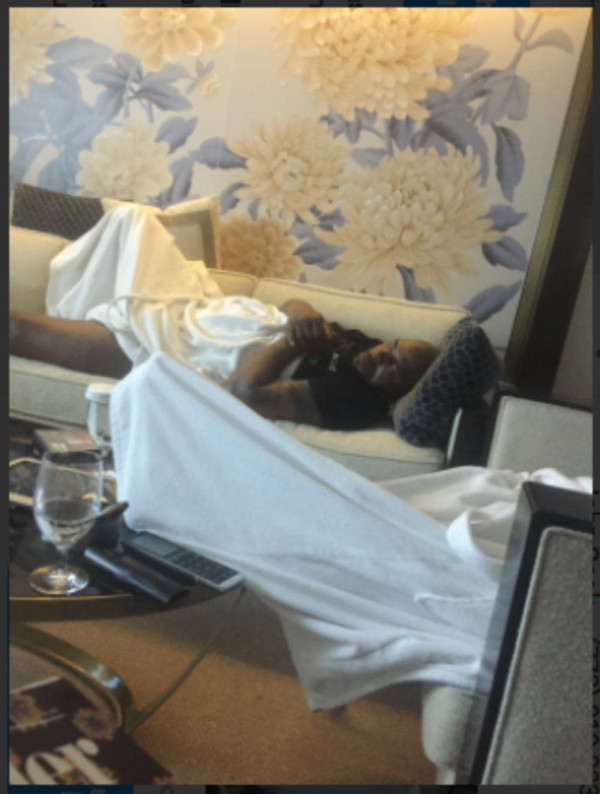 When Copeland was contacted, she identified herself before refusing to speak with reporters, adding, “What does her claims have to do with me?”

“I knew what I was getting myself into,” Kim said. She added that she’d been a fan of R. Kelly since she was little, and also enjoyed the lifestyle.

She also described the ways R. Kelly controls the girls. She told Jezebel:

The women can’t enter a room without knocking three times and waiting for permission to enter; they also have to ask permission to leave.

When we’re out we’re not allowed to look at anyone. We have to keep our heads down. If we’re back in his studio sitting on the couches and he has friends across the room at the bar we can’t look at each other or communicate with each other.

If we’re in an Uber and we chat up the driver we’re supposed to tell him this girl did this or that. He’s very controlling and manipulative. He likes to be in control.

We’re not allowed to talk about anything. We can compliment shoes or nail polish or make small talk about the weather but we can’t talk about any personal details.

He never makes threats, but the girls are so eager to do whatever he wants. He’ll wake us out of a dead sleep and say to this girl, ‘Suck my dick,’ or to these two girls, ‘Kiss on each other,’ and immediately without thought they jump right to it. It’s just bizarre. It’s unlike anything I’ve seen before honestly.

It’s not non-consensual, I guess. But I don’t know if they even realize the situation they’re in is wrong.

The girls are also instructed to call R. Kelly “Daddy,” and he calls them his babies.

She added that R. Kelly has three iPads with which he records both his daily activities and his sexual trysts with the girls.

“He records everything. Absolutely everything. A lot of times he doesn’t have sex with the girls, he just likes to watch them on each other and records them,” she said.

She said she never saw him get violent, although she found one encounter particularly disturbing.

She said she and a 19-year-old girl were asked by R. Kelly to take off their clothes and “act like they miss each other.” R. Kelly filmed them with his iPad, but was dissatisfied with the 19-year-old’s performance.

She said he took the 19-year-old into his room and asked Kim to sit on the couch.

She said 20 minutes later, he called her into the room, and after “she knocked the proper way,” she walked in to find the girl nude except with a big piece of R. Kelly’s chain around her neck.

Kim said she told the girl it was fine, but R. Kelly cut her off, and the girl said, “I know I have to do what Daddy says, I have to act like I miss you more, I wasn’t getting into it.”

Asked why she put up with everything, the control and the disturbing requests, she said she enjoyed the lifestyle.

She said, “Since I was little. I’ve always loved his music. And the lifestyle, I guess, is really cool: being brought up onstage, being paid attention to.”