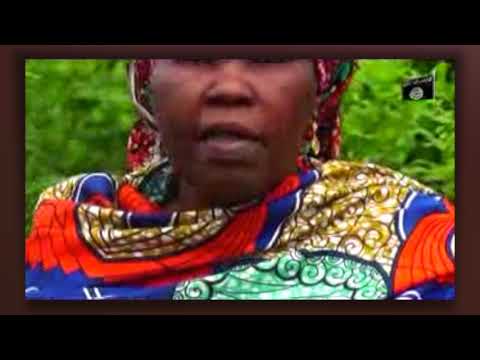 Boko Haram has released a video featuring the 10 women they abducted after they attacked a military/police convoy in Borno 30 days ago.

The video published by SaharaReporters, featured the women in Hijabs seated on a fabric in what looks to be a forest.

Two of the women spoke to the camera in Hausa Language, while some of them cried quietly.

The Nigerian Police had earlier denied claims by the terrorist group that they had killed and abducted some people after they attacked a military/police convoy.

“We are grateful to you (Boko Haram), but the Government of Nigeria should not say we were not abducted, indeed we were abducted,” said the second woman who spoke and identified herself as Deborah Philipus.

The two women who spoke pleaded with the federal government to secure their release, urging them to do everything it can to rescue them as it has done with the Chibok girls.

Amina Adam Gomdia, who also spoke, said, “Today, here we are, everyone has seen us, our relatives have seen us, government, our youngsters have all seen us, this is not a lie, we have been abducted for 30 days.”