A journalist with Voice of America, Saleh Shehu Ashaka has shared a photo of President Muhammadu Buhari and a guest on Saturday, claiming it was taken recently.

The Acting President Yemi Osinbajo had visited the ailing President earlier in the week, telling journalists that the President is recuperating quick and doing well. Osinbajo added that Buhari will return “shortly”. 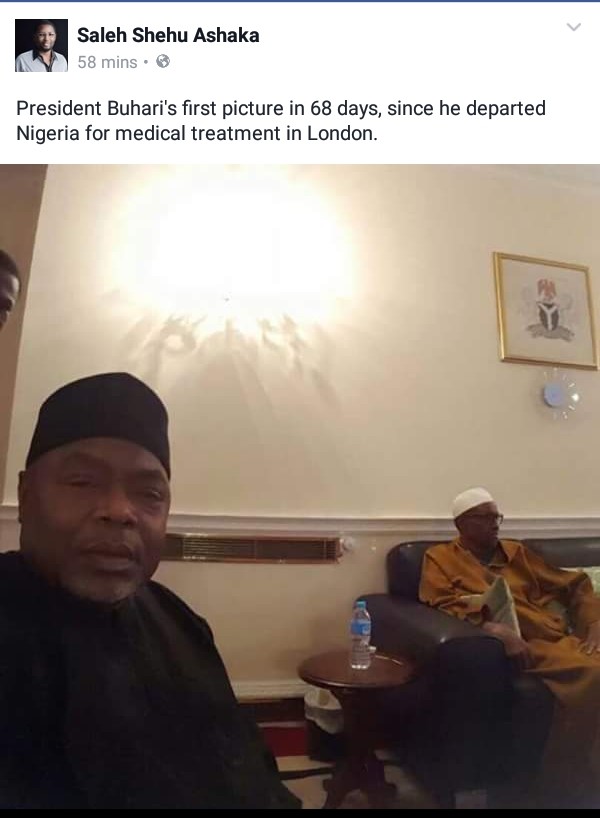 The Presidency has however said that the photo was taken in late February, and not during his second medical trip this year.

This was done in a tweet by Buhari’s Personal Assistant (New Media), Bashir Ahmad. 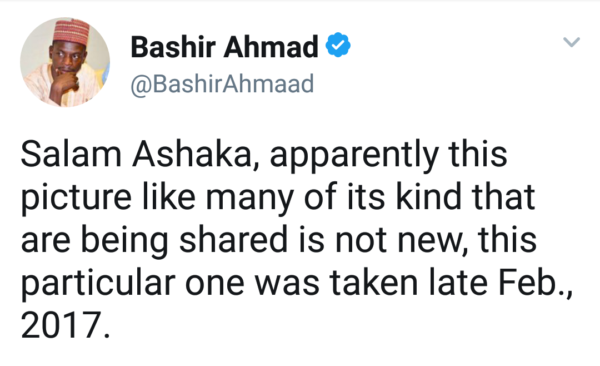