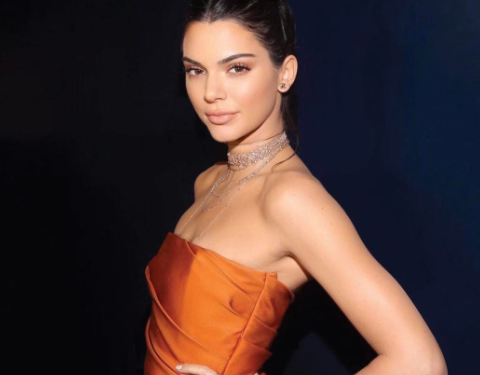 Realty tv star and model Kendall Jenner has obtained a restraining order against a 22-year-old man who sent her threatening letters.

According to TMZ, the man named Thomas Hummel who began sending love letters to Kendall earlier this year has now begun sending some not-so-lovely letters.

The man claims to have fallen in love with Kendall as far back as 1998 when he met her at a Costco outlet. Kendall was about 3 years old around that time.

Excerpts from his more recent correspondences include statements such as:

“You look like you’ve been f***ing AHOLE Dog Sh*t in the sewer for years.”

He called her “an internet whore, cackling your way through life.”

The letters also went ahead to target Kris Jenner and insinuate she had paid A$AP Rocky (he referred to him as “AHOLE Rockhead”) to date her daughter.

According to the restraining order, Thomas Hummel must now cease all contact with, and cannot come within a hundred (100)  yards of Kendall Jenner.

#ThrowbackThursday these songs would make me remember ...