OAP Gbemi Olateru-Olagbegi cause a stir on Social Media 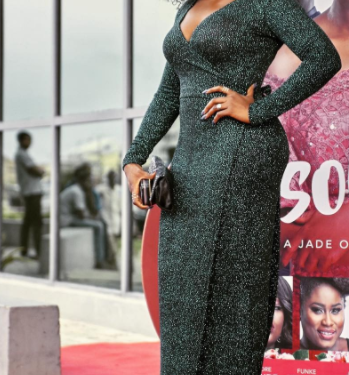 As the rains got heavy this past week, parts of Lagos became flooded, the worst being on Saturday.

The Victoria Island, Lekki, Ikoyi, and Victoria Garden City areas of the state were the worst hit.

The areas are locally referred to as “The Island” which is also used to describe the highbrow part of the state.

On Air Personality Gbemi Olateru-Olagbegi gave a response to the critics. She wrote on Snapchat: 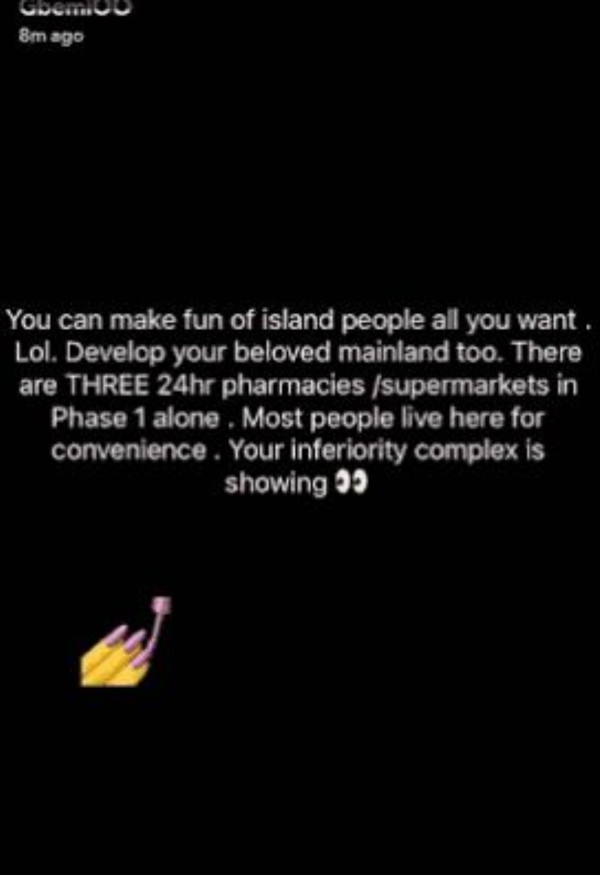 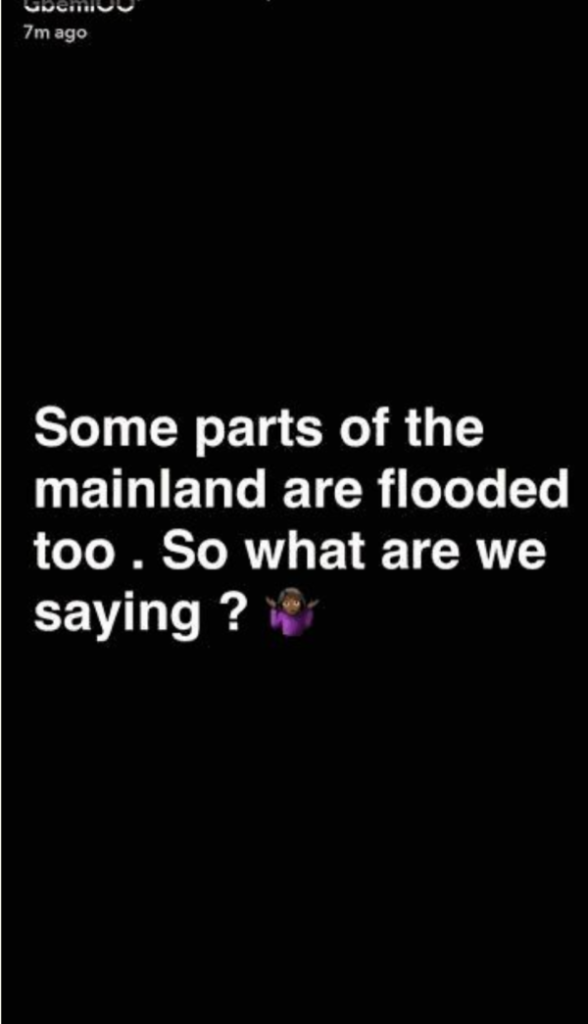