INEC releases Timetable for the Recall of Senator Dino Melaye

On Monday, the Independent National Electoral Commission (INEC) released the timetable and schedule for the recall of embattled senator Dino Melaye.

Verification is expected to begin on the 19th of August at all polling units in the constituency, and the declaration of the results will be done on the same day.

Dino Melaye, who is representing Kogi North District, had sued INEC after claiming dead persons were amongst signatories in the petition submitted for his recall.

BREAKING: TIMETABLE AND SCHEDULE OF ACTIVITIES FOR THE RECALL OF THE SENATOR REPRESENTING KOGI WEST SENATORIAL DISTRICT, KOGI STATE pic.twitter.com/wThGLqbhMW 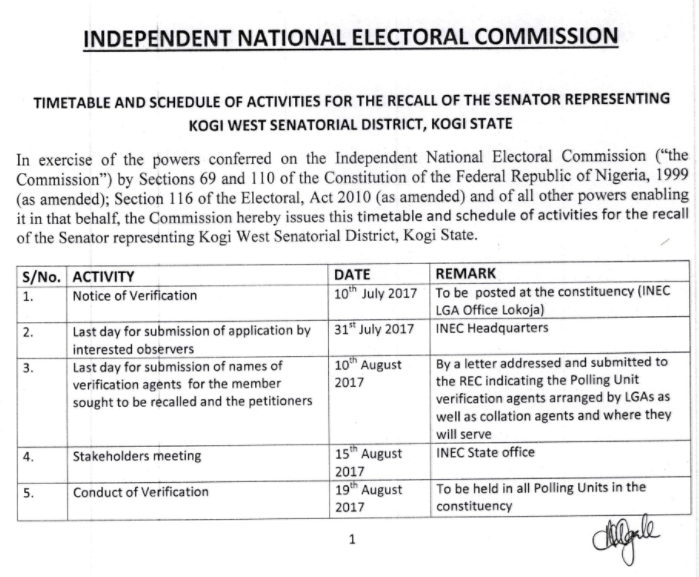