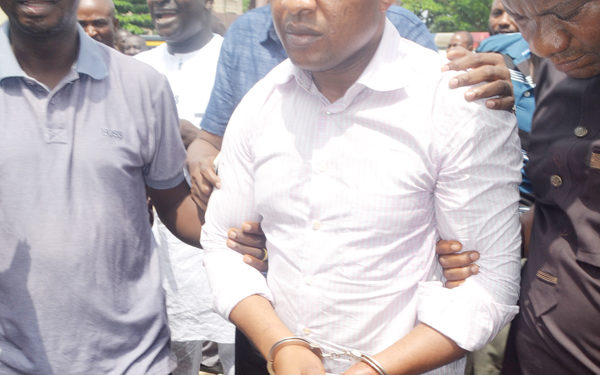 The suspected kidnap kingpin, Chukwudi Dumeme Onwuamadike aka Evans has filed another suit against the police seeking N300 million for illegal detention.

Evans had on Wednesday filed a suit at the Federal High Court, Lagos seeking an order compelling the police to charge him to court or release him unconditionally from its custody.

The Inspector General of Police, the Nigerian Police Force, the Commissioner of Police in Lagos, and the Special Anti-Robbery Squad, Lagos Command were respondents.

The new suit has the same respondents, and the money, according to Evans, is for general and exemplary damages against the police for alleged illegal detention and unconstitutional media trial.

The suit was also filed at the Federal High Court, Lagos.

His suit seeks a declaration that his detention since June 10 without arraignment violates his fundamental human rights as stated in the 1999 constitution.

He is also seeking an order compelling the respondents to pay him the sum of N300 million jointly for illegal detention and the harm the media trial has caused him, and an order of perpetual injunction, restraining the respondents from further arresting, detaining, harassing, investigating or inviting him in relation to the facts of his case.

First picture of Ronaldo and his twins