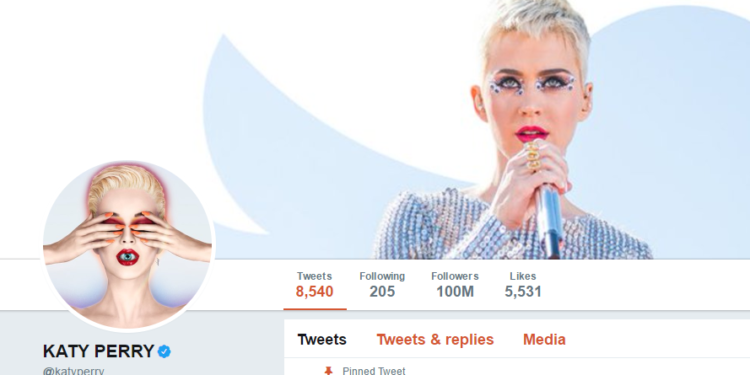 American singer and songwriter Katy Perry has break twitter record by becoming the first user to reach 100 million followers on Twitter, making her the most-followed person on the platform.

According to Twitter report, the Witness singer joined Twitter back in 2009, making her something of an early adopter as a celebrity. Since then, she’s been an active user, sending out over 8,500 tweets in her time on the service.

Praying for everyone at @ArianaGrande‘s show

Just got into Berlin… feeling better thank you, have my vicks inhaler by my bedside… and P.S. I TWITTTTER! GAH. Such a follower!

Twitter also share a shout out video to Katy Perry for being the most-followed person on the platform.