Dino Melaye was almost assassinated again, Unidentified gunmen stormed the venue of a protest he was holding against the state government and began firing into the air.

Five persons were reportedly shot dead at the gate of Kogi State polytechnic in Lokoja, the state capital where the protest was holding.

Dino held a protest today in Lokoja against the government. Read the tweets below. 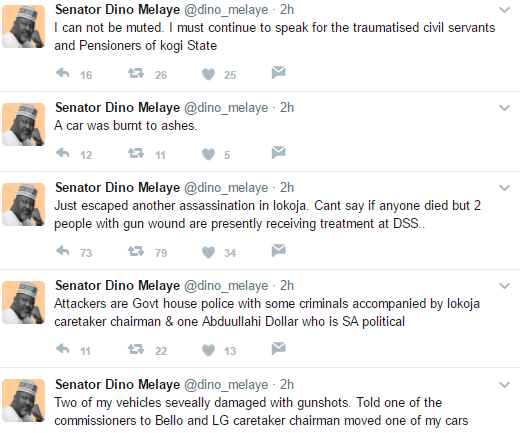 See what Jesse Lingard did in a ...

The drama continues between Diamond and his ...