Manchester United captain, Wayne Rooney has revealed that he has “lots of offers” and is considering his future already.

The experienced attacker has not featured as prominently for United since the arrival of Jose Mourinho and has been heavily linked with a move away in recent months. 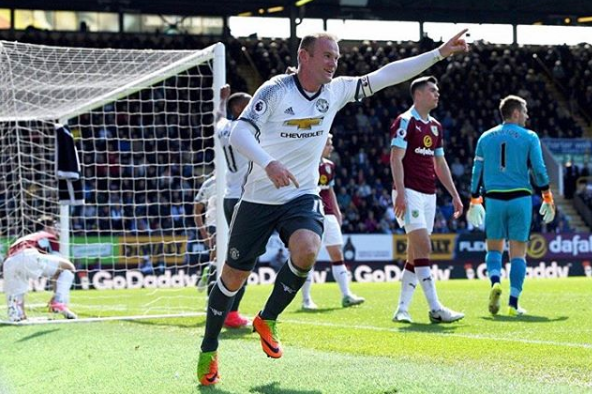 Mourinho stated on Wednesday that he hopes the 31-year-old will stay, but Rooney who started just 15 Premier League games this season – might decide to leave in search of more playing time.

“There are lots of offers on the table, both in England and abroad, and that is what I have to decide on,” Rooney told The Guardian .

Rooney admitted it was not easy to accept his changed status, but is adamant he has always put the team’s interest first.

“Listen, first of all I have always been a team player,” he said.

“This year, I have never once sulked or let my head drop. I have understood what was best for the team, I have tried to help when the manager’s played me. Of course I want to play. I want to be on the pitch, of course.

“A younger me would have been a lot more frustrated. I think I understand what is right and what is needed for the club, and I respect that. Obviously I am happy to be part of that and in some way help the club win trophies, and that is the way it has been over the last year.

“That is the decision I have to make now, whether I want to continue doing that or go on and play more regular football. I still believe I could [play every game]. If you are asking me if I am a better player now than I was 10 years ago then obviously I am not but I still feel I have got other qualities that can help the team.”