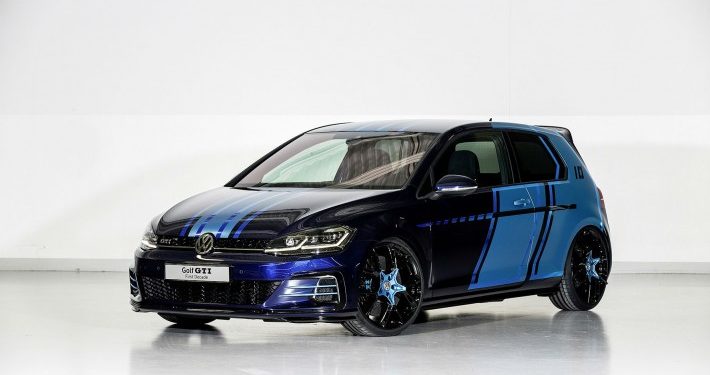 Volkswagen has kicked-off its Worthersee annual meeting by unveiling a hardcore Golf designed by their apprentices.

The Golf GTI First Decade, the tenth apprentice-built car, is powered by a 404bhp petrol engine coupled to a 48-volt electric motor with an output of 12kW.

Its hybrid system is used to drive all-four wheels of the car, rather than the Golf GTI’s tradition front-wheel layout, while the petrol engine sends power to the front axle and the electric motor drives the rear wheels.

It can be driven on either petrol or electric power, although VW says the latter can only be used for parking and pulling away from traffic lights.

At its 2007 event, Volkswagen debuted a radical Golf powered by a 641bhp W12 engine, although the car never reached production.

Nor are there plans to put this year’s apprentice-built Golfs into production, but Top Gear says the project indicates the company “is thinking about integrating electricity into its core heartland models”