The Federal University, Oye Ekiti, has been re-named to Adeyinka Adebayo University, after the late military governor of the defunct  Western Region.

Acting President Yemi Osinbajo made this known on Saturday at the funeral service held for the late elder statesman at All Saints Anglican Church, Iyin-Ekiti.
According to Osinbajo, the resolve to honour the late general was as a result of his exemplary leadership qualities and his astute belief  in the peaceful existence of the country.
Osinbajo recalled how the late Adebayo’s technical advice to the then military government helped to put the federal  troops  ahead of the  rebels  during the civil war in  1966. He said were it  not for the bravery and exceptional military professionalism exhibited by Adebayo, Nigeria would probably not be a united nation today.

In his sermon preceding the burial, the Primate of the Anglican Church of Nigeria, Nicholas Okoh, said though the exit of Adebayo at 89 may be sad and unpleasant to many, death was  a necessity that no mortal could  avoid. Okoh, who was represented by the Dean, Church of  Nigeria and Archbishop of  Ondo Province, George Lasebikan,  said it was saddening that many Nigerians were desperate to acquire wealth at all cost. He urged Nigerians to  change their attitude to life and  embrace humility and contentment for the nation to move forward.

NAN reports that the remains of  Adebayo were committed to mother earth at his private residence in Iyin Ekiti with full military honours. 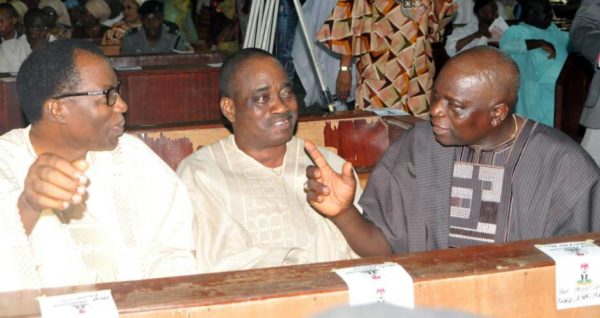 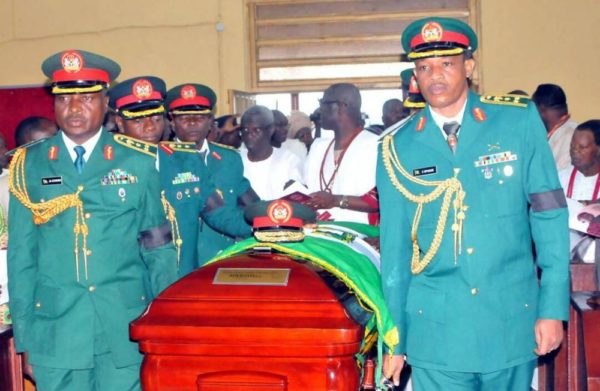