Super eagles Ola Aina was in action against Watford 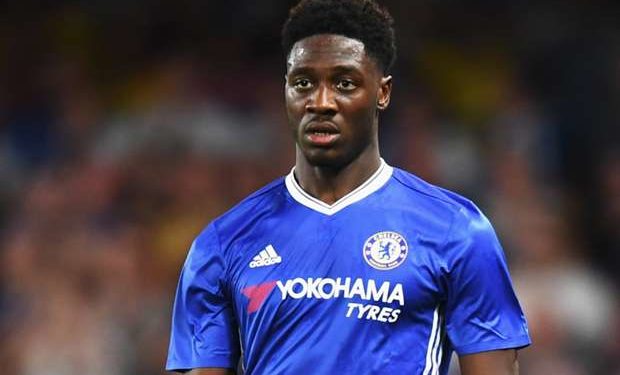 New Super Eagles’ recruit, Ola Aina, was in action on Monday night as Chelsea put up a champion’s display to beat Watford FC 4-3 at the Stanford Bridge.

Aina came in for Kennedy in the 75th and he also registered his name on the scorers’ sheet.

The Blues squandered a two-goal lead in the second half but battled back late on through a Cesc Fabregas winner, earning them a record-equalling 29th top-flight win of the season.

Skipper John Terry set the ball rolling with the opening goal in the 22nd minute, but that was promptly cancelled by Etienne Capoue barely two minutes later.

The Blues got back in front in the 36th minute through Cesar Azpilicueta and they kept the advantage till half time.