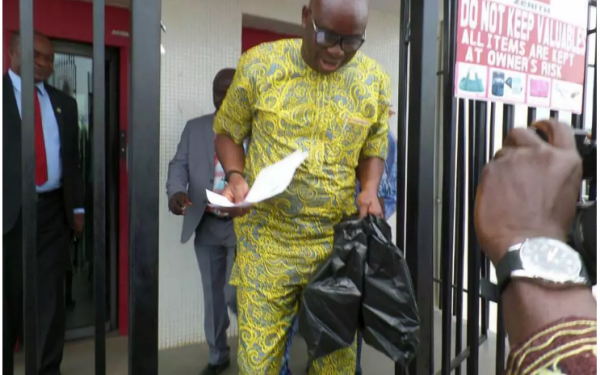 A key member of People’s Democratic Party (PDP), Governor Ayodele Fayose (of Ekiti State) has disclosed he may dump the party if the outcome of the Supreme Court verdict on the leadership tussle within the party does not favour the Makarfi-led caretaker committee.

Channels TV reports the Governor was reacting to media reports that he has removed the PDP’s brand identity from his campaign office and mini signposts mounted on Ado and Ikere-Ekiti roads.

Fayose, however, stated that he remains a bonafide member of the PDP, until the outcome of the court judgement.

Oshiomhole’s Wife Among Foreigners Who Got Nigerian ...