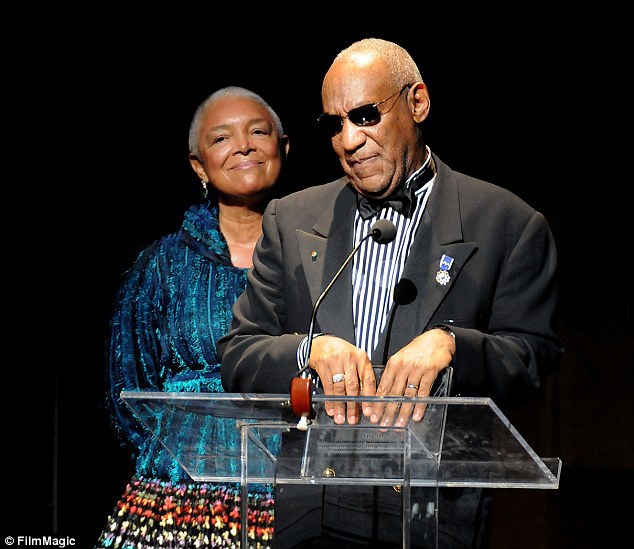 More than 50 different women have accused Bill Cosby of sexual assault, but he STILL insists he’s innocent! In an explosive new interview, the disgraced comedian insists that the humiliating sex scandal is a “nefarious plot” to bring him down, motivated by “racism!”

On Monday, the former Cosby Show star’s daughter, Ensa Cosby, said on The Breakfast Club that her father was unfairly targeted because of “racism,” and he quickly spoke out to agree with her, in his first interview in nearly two years.

“Could be. Could be. Um, I can’t say anything, but there are certain things that I look at, and I apply to the situation, and … there are so many tentacles,” he told SiriusXM host Michael Smerconish. “So many different – nefarious is a great word. And I just truly believe that some of it may very well be that.”

“But your accusers are both black and white ,” Smerconish pointed out.

“Well, let me put it to you this way, when you look at the power structure, and when you look at individuals, there are some people who can very well be motivated by whether or not they’re going to work,” Cosby claimed.

“Or whether or not they might be able to get back at someone. So if it’s in terms of whatever the choice is, I think that you can also examine individuals and situations and they will come out differently. So it’s not all, it’s not every, but I do think that there’s some.”

Smerconish asked Cosby: “What do you say to the person who puts credence in the charges against you because of the number of women who have come out and said the similar thing?”

Facing a criminal trial in Pennsylvania slated to start on June 5, Cosby responded: “I think, that the numbers came because the numbers prior to the numbers didn’t work. So, the piling on, so to speak is a way — and certainly an impressive, impressive way to get public opinion to come to the other side.”

Smerconish pushed back, asking: “Are you telling me that they’re all lying?”

Cosby did not answer the question, but only said: “You know better than that.”